A player who knows all too well the feeling of having a few haters at the moment is Real Madrid superstar Gareth Bale.

After a frustrating game against Barcelona in Madrid last weekend, Bale saw some pretty nasty coverage in the Spanish press and even caught some grief from a few fans whilst leaving the training ground.

But, the world’s most expensive footballer put in a stunning performance to help his put home nation Wales in the driving seat for Euro 2016 qualifying wearing a special pair of f50 adizeros.

Created for last weekend’s el Clasico, Bale laced up a pair of the new ‘Haters’ options that have been added to the f50 on miadidas.com, and put them in the spotlight with a classy free-kick to put Wales 2-0 up:

Bale’s miadidas f50’s come in ‘Haters White’ – one of three special options available on miadidas for a limited time, which adds an extra layer of flash to these football boots already distinctive upper.

A special addition to the finish gives the miadidas f50 in Haters White, Black or Pink a glittering appearance, with light-reflecting properties added to the Dribbletex coating for an unmissable turn under the floodlights. 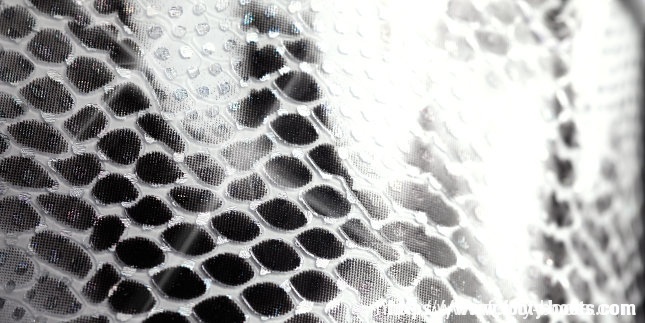 The option does add an extra £15 to the cost of the boots on miadidas, making them one of the most expensive options on the bespoke footwear creation service.

However, if you’re looking for something that’s completely to your specification, then you could certainly do worse than the miadidas f50. 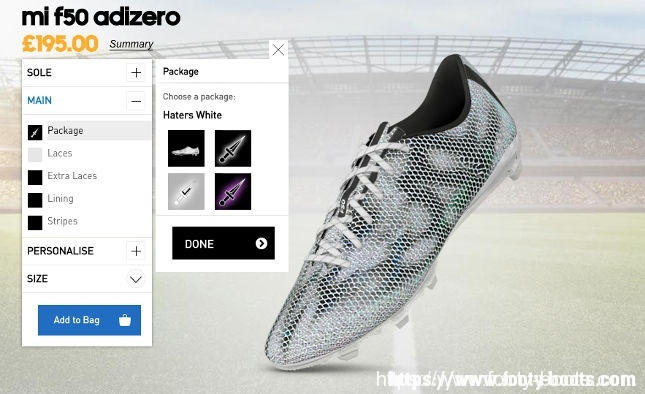 Thoughts on this update to miadidas?

Written By
Kyle Elliot
More from Kyle Elliot
Puma give their fastest boots an tune-up with the evoSPEED 1.2 -...
Read More