He’s the man of the moment in world football – Gareth Bale has spent this season tearing apart defences with powerful runs, busting nets with long-range strikes and mystifying keepers with his free-kicks.

So, what better time to talk to to him about life at Spurs, ' European ambitions and – of course – his football boots. 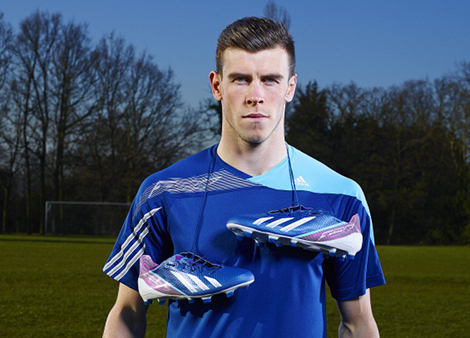 Spurs are in outstanding league form this season, what are the team expecting from this year?

The main thing is to finish in a Champions League spot, that’s the ultimate objective for us – and to keep the form going until May.

Games against Chelsea and Manchester City in April could be key – as a player do you look forward to those key clashes?'

I think as a player you try to take it one game at a time. But when they come around, they’re massive games which are vital for us and will impact our Champions League position.

There’s a lot of games between now and then, so we focus on the next match, but when they do come around they are massive games to be part of.

Europa League – teams like Inter, Lazio, Atletico and the English teams are all strong opponents – can Spurs go all the way?

I don’t see any reason why not! Getting out the group stages is so difficult with a lot of games being played in there, so getting through to the knock-out stage is key.

But we’ve got the team to be able to do it, absolutely.

With so many big clubs in this year’s competition, all taking it seriously, would this be a special year to win the Europa League?

I think any year would be a great year to win the Europa League to be honest.

Tottenham have won it before and it’s a trophy that is very close to the manager so we’re definitely looking forward to going further this year, and hopefully we can win it. 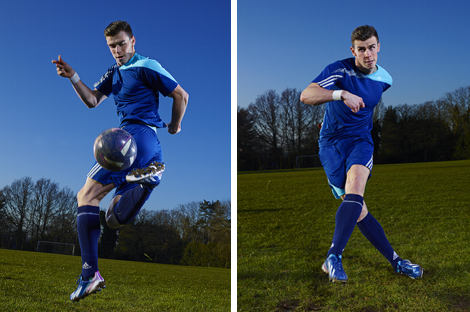 Holtby, Dempsey, Dembele, Lloris, Vertongen – Spurs have made some excellent signings, is there a real feeling at the club that this team can win trophies?

Yeah, I would say that. We’re in the Europa League, and with the squad we have we’re taking it very seriously as I’ve said.

I love the fact that they’re very lightweight – they make it feel like there’s nothing on your feet.

It’s a big edge when you feel that bit quicker and I do think that makes a difference on the pitch.

Do you prefer the synthetic version or the leather?'

Personally, it’s the synthetic for me – they’re a little bit lighter and when it’s wet they stay feeling light, which I prefer over the leather.

Do you have any customisation on your boots, like name and number?'

I do have my name and number, but I also have the Welsh flag on there which is a nice touch! 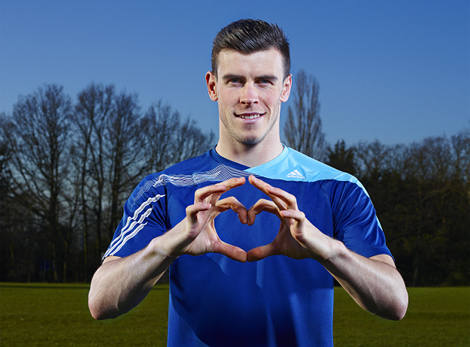 F50’s come in some really bright colours – which is your favourite boot colour?

I wouldn’t be able to pick one out of the ones I’ve worn, but I’d quite like a Red and White pair, that would be my favourite – to match the Welsh strip.

Vanity stat, Google searches for'  ‘Gareth Bale Free Kick technique’ hit an all-time high last Friday after your goals against Lyon – can you talk us through your technique?

For me, it’s an extension of a normal free kick. Rather than aiming to put curl on it, strike the ball flatter.

You want a lack of spin on the ball to take it past the keeper.

Written By
Kyle Elliot
More from Kyle Elliot
adidas continue the 'Revenge Instinct' pack with a remake of the iconic...
Read More