Gareth Bale gave boot-spotters a bit of a shock yesterday as the Welsh international turned out for training in an eye-catching pair of adidas F50 adiZero Crazylights yesterday.

Having been rested during Real Madrid’s midweek fixture against Atletico, Bale completed a session with the first team ahead of this weekend’s match-up with Villareal.

The former Tottenham Hotspurs man played out the whole training session in a pair of football boots decked out in a wild chevron-meets-camo pattern that made missing them almost impossible. 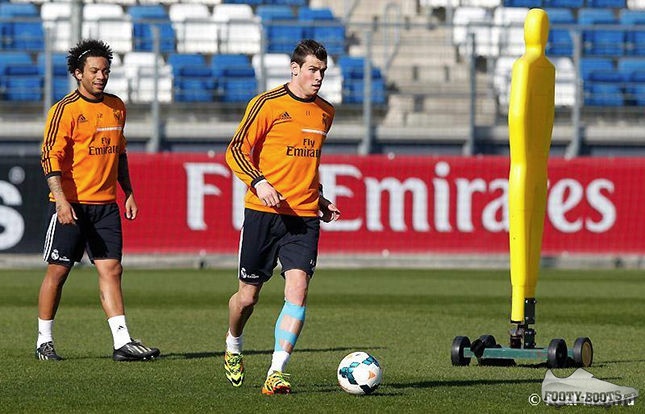 Baring the soleplate and branding in mind, it’s safe to say these are some sort of F50 adiZero, however, there has to be something a little different about them for adidas to go wild on the colourway like this.

Having seen the' 99g adiZero at the adidas innovation lab last year, everyone is waiting with baited breath to see if the Three Stripes are bold enough to push for a retail release.

And whilst we suspect these are some sort of special edition, we don’t expect these to be the first football boots to break the 100g barrier. 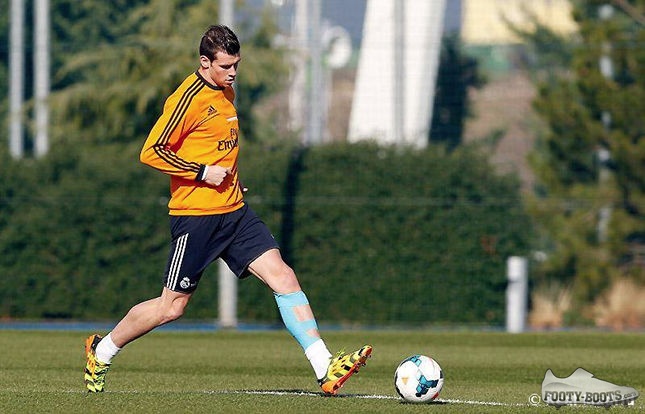 That said, the soleplate does look thinner and lacks the miCoach cavity of the newest F50, which could mean there is some sort of drop in weight.

That said, Bale is known for custom adiZeros that have no miCoach cavity, so that’s something worth considering, too.

Perhaps most interestingly, Bale completed a training session today in the last-gen Electricity adiZero, meaning that those who were hoping for an on-pitch debut this weekend will be disappointed – we’re not expecting to see these on pitch at the Bernabeu for a few weeks yet.

Written By
Kyle Elliot
More from Kyle Elliot
We're heading into London to meet up with Lionel Messi - and...
Read More