Now that adidas have all-but revealed the Predator LZ, and the Nike Mercurial Vapor VIII is taking over pitches across the world, we were worried we’d run out of black-out boots to show you!

But thankfully, Santos’ Ganso is here to keep out eyes glued to training pitches for the next few months as he trials a new Nike football boot! 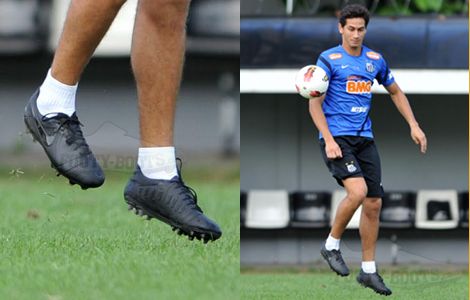 The Brazilian international has carved out a reputation as one of the finest playmakers to come out of Brazil in a long time, and is quickly gaining admirers from Europe.

But passing ability is what attracts most people to Ganso’s feet, we’re far more interested in his black-out Nike footwear.

Whilst our initial reaction was to wonder whether the 22-year old was having contract negotiations with Nike, closer inspection reveals these to be like nothing we’ve ever seen before! 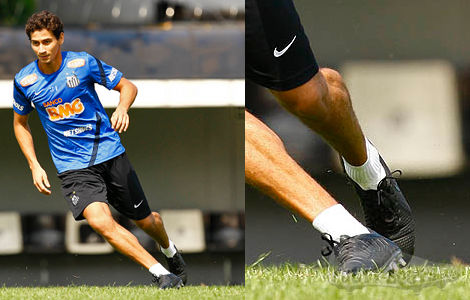 The Nike tick is certainly a prevalent part of the design on this mystery boot, which looks to have a very smooth finish to it’s upper, littered with golf-ball like dimples.

The someplate looks to be an FG configuration that’s unlike anything else on the Nike line-up of football boots at present; though it does bare some similarities to the old Tiempo and Intertract soleplates we still see the likes of Fernando Torres wear in training. 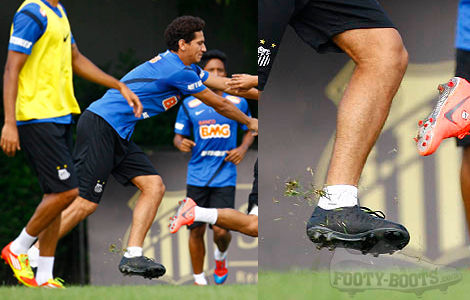 However, the most interesting part of the design looks to be the ‘capsule’-shaped stripes on the instep. Whilst potentially some sort of new branding from Nike, they’re most likely some sort of Control or Strike zone.

What do you think these new Nike football boots could be?

Special thanks to DDChile for sending the pictures in – big shout out!

Written By
Felipe
More from Felipe
The Champions League starts early for Celtic and Arsenal this term and...
Read More