After a (somewhat) quiet summer, Puma have announced another big-name sponsorship deal. This time, it’s Gael Clichy who has signed up to wear Puma football boots. 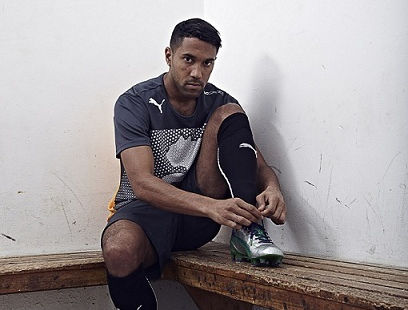 The Manchester City defender has been one of the most consistent full-backs in the Premier League (and, indeed, the Champions League) for almost a decade now, and Puma are banking on him having at least another few years at the top, as the sign up the French international.

Former Arsenal star Clichy will wear the evoSPEED 1 boots, and has appeared in his ‘unveiling’ press shots in the new Silver / Team Green Colourway.

Clichy had turned heads amongst die-hard boot-spotters recently; the 27-year old was spotted over the summer blacking out various pairs of boots, including the Umbro GT, adidas Predator LZ and Puma King SL.

The former Cannes man represents the latest player to end their association with Umbro (following Gary Cahill and John Terry, the latter of whom was not offered a new deal by Umbro) – a long-time Umbro wearer, Clichy often flitted between the GT Pro and other silos, and was most memorably the face of the original Umbro Stealth. 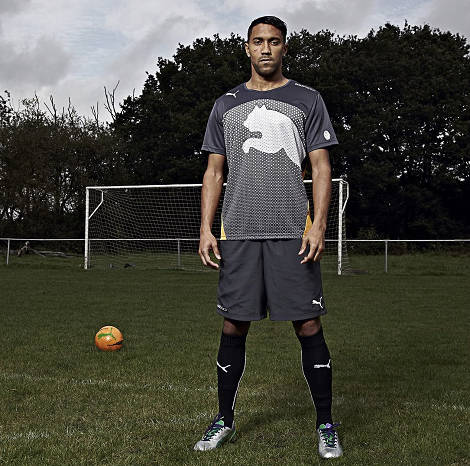 GaÄ‚«l is the exact kind of player we love. Skillful, expressive, passionate – he's definitely PUMA through and through. For nine years, Clichy has lit up English football. And trust us that's not an easy thing to do. Staying at the top level requires focus, dedication and performances of the highest caliber week in week out. And if there's one thing you can say about Clichy, he delivers every time he steps out onto the pitch.

Joining team-mates Sergio Aguero and Yaya Toure in the evoSPEED range, it seems Puma are putting a lot of faith in Manchester City replicating the title-winning form of last season – do you think the Frenchman is a wise acquisition for Puma?