One of world football’s most experienced full backs, Gael Clichy shows no signs of letting up any time soon.

Certainly not out of place in a squad bursting with international pedigree, Clichy is known for his pace up the flank and quick cuts inside – making him an ideal match for the Puma evoSPEED 1.2. In this interview, we learned that the French international is still in as big a rush as ever – but now he’s chasing down more trophies at the Etihad!

Q: How are you feeling about the new season? Do you think Manchester City can re-claim the league title?

A: I'm feeling good and hopefully we can re-claim the title. We've been working really hard for the last two months during the pre-season and we have some great quality players.

New players have joined the team and we have a new manager too, so we have all the ingredients to get the title back. It's not just about who we have though; it's going to be about mental strength.

We can do it, we want to do it and we're going to try hard, but ultimately, we'll have to see what happens throughout the season.

Q: Has the influx of fresh new talent to the squad given the team a renewed sense of optimism?

A: Having a new manager is the most important thing because everyone wants to work hard to show him that we all deserve a place in the team.

Of course, we had a great team two years ago as well as a great team last year and now with the four new players coming in we have an even better squad.

There are some great qualities in our team; Jesus Navas, Fernandinho who works really hard in the middle and upfront we have Negredo and Stevan Jovetic who are very talented players, so overall I think the team is well balanced now.

We just have to work hard, listen to what the manager wants us to do and hopefully in doing so we can bring silverware to the club at the end of the season.

Q: What are your main objectives for this season?

A: Success is our main objective. There are four competitions for the year and of course we want to compete in all four so its going to be difficult to win everything, but if you go for everything then you have more chance of getting something.

The Premier League and the Champions League are the main objectives though and we want to bring a trophy back to the club.

Q: What€s your impression so far of your new coach Manuel Pellegrini; is there now a different atmosphere amongst the team since he started?

A: It's difficult to say as we've only been with him for two months and have only played two official game, but from what we know from his work at Villarreal, Real Madrid and Malaga he's just amazing and has had a lot of good results.

We're full of confidence in him, he's really smart and you can tell he's thinking through all the sessions we've been doing in training.

As a player it's enjoyable to play his way and as we've already seen if  everything clicks then we can be really good so hopefully we can have a great season. 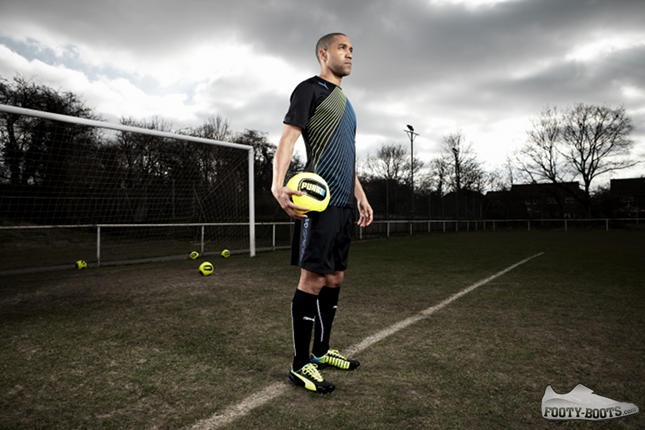 Q: Who has been the most important manager in your career so far?

A: Without a doubt it would have to be Ars¨ne Wenger. My dad as well, as he taught me from a young age, but on a professional level, its Ars¨ne Wenger.

That's why I will always respect him, because of what he did, not just for me but for a lot of young players that went through the Arsenal academy and went on to play with the first team and are now playing for a different team.

He's just been amazing. He's the one that taught me how to play football and I am probably the player I am today is because of him, so I give him a lot of credit and I wish him all the best because he deserves it.

Q: What has been your biggest challenge so far in your career?

A: The biggest challenge is to win, that means you are part of a team of successful players.

Being at City is a great achievement for me and being at Arsenal was a big achievement as well, but also a challenge. You can set challenges for yourself every year and every match.

If you think about silverware, you can envision yourself winning the Champions League, the World Cup, the European Championship, the title with your team or the FA Cup. You can challenge yourself every day to be the best that you can be and try to improve, behave well and give 100%.

That's what I believe, if you give everything on the pitch, you will always get something good back.

Q: What has been your best moment as a player?

A: I have some amazing memories as a player such as my first contract with Arsenal where I was playing with my idol Thierry Henry and managed by Ars¨ne Wenger, winning the title with Arsenal and being the youngest player to have won the Premier League.

Those were all great moments, but I think my best moment so far is winning the title with Manchester City two years ago.

That was a big achievement for me, I played nearly 40 games for the club and was one of the main players and I am really proud of that.

Q: What are your aspirations with France and the 2014 FIFA World Cup?

A: Well, first of all, I hope we qualify. We are currently second after Spain, so it's our hope that they slip for one game and lose another so we can come out ahead of them but we're not confident in this thinking, as they are probably the best team in the world at the moment.

Because of that, we don't expect them to lose points, but if we can finish second and then compete in the play offs and make it to the World Cup then that's the main thing. Once we're there €“ if we get there €“ then who knows what can happen.

It's going to be a great competition and this World Cup is one that no player wants to miss because it's in Brazil.

Q: Would you ever consider a move back to France to play in Ligue 1? If yes, what team could you see yourself playing for?

A: It's one of the regrets I have to have not been able to play in the French Ligue 1 because I played in the Third Division and people didn't really know me at that point and I didn't get to play in all of the stadiums in France.

But I believe the Premier League is the most challenging league in the world and if I have the chance to play here for my whole career, I would sign today, because if you play in the Premier League it means you are you are playing against some of the best.

I train hard every day to stay a part of that group and I've been lucky enough to have played for Arsenal and now for Manchester City, so hopefully I will stay at the top level in the Premier League.

Who knows though, the French Ligue 1 is really attractive now with PSG and Monaco and if the opportunity came I would be happy to play there because it's my country. But I feel good in England, I love English people and English football is so passionate.

Written By
Kyle Elliot
More from Kyle Elliot
We break out both pairs of the adidas Copa Mundial Black &...
Read More