Not overly scientific of course and indeed, one answer came back reading: “I like the orange one’s as they’ll look good on my Kevin.”

However, despite our somewhat limited knowledge and desperate fashion sense, here’s our Futsal Top 5.

The undoubted star of European Futsal is Spain’s Javi Rodriguez. Playing in his fourth World Cup the Futsal legend is looking to get his hands on the trophy for the third time!

For the past two seasons, Rodriguez has had his own make of indoor shoe, provided by sponsors Kelme who’ve been involved with the indoor game for many years.

The ‘Javi Rodriguez’ shoe is made from a combination of mesh and synthetic leather with a professional EVA and rubber wedge outsole and rotation point.

To play like the worlds best, you must compete with confidence. This shoe features the look of the outdoor version with a playable design that is tuned for fast indoor play. 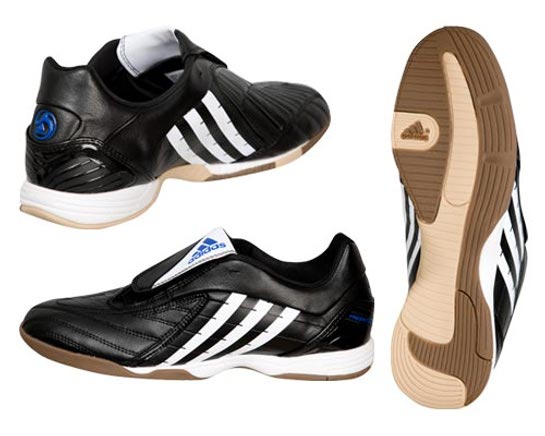 There’s an adiprene insert in the heel for comfort and shock absorption and a pre-moulded EVA midsole for optimised comfort and cushioning. And just to keep your Mum happy if you happen to be playing in the living room, the shoe has an non-marking rubber outsole.

The new Nike5 Super Skill is designed for players who have the ability to make the ball stick to their foot and speed to leave the marker with the blink of an eye. Nike5 Super Skill has everything a futsal player needs to control a game.

Nike5 Super Skill has a few technological innovations like the “turning points” on the sole designed to give more traction when the player is executing a move, the insole has a Zoom Air shock absorption system and a rubber upper to increase accuracy when shooting.

The Nike5 Super Skill was launched together with an amateur Futsal competition that will take place between the Brazilian states of Sao Paulo and Rio de Janeiro called The Battle of the Courts (A Batalha das Quadras).

The special thing about this competition is that will be held in public courts and use a 10 by 2 format. Not well known in Europe, the format sees each match last for 10 minutes or two goals. The team that scores two goals first stay on the court and another team comes on to challenge them.

These Kelme Ruedo Indoor Football Trainers are lightweight and have a non marking sole making them perfect for turf, artificial and indoor surfaces.

Ideal for the pro, talented amateur or raw beginner.

A pure and true indoor football shoe. Well suited to the competitive 5-side player the trainer aims to enhance control and performance. 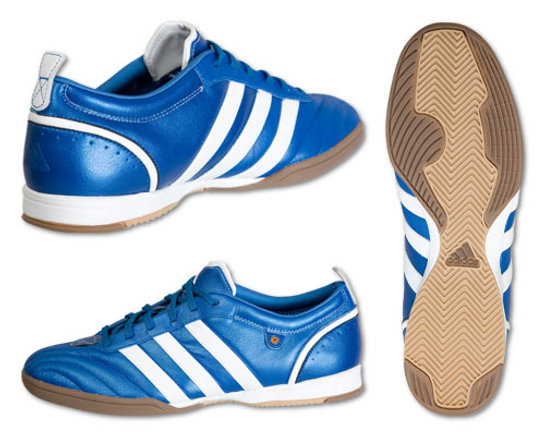 The sole is made out of a non-marking full rubber shell with an indoor tread. Add this to the comfort of the trainer and you will soon see an improvement in performance.

Written By
Felipe
More from Felipe
Portsmouth have accepted a bid from Real Madrid for Lassana Diarra.
Read More