The lifespan of a football boot seems to be getting shorter and shorter at the moment. It seems we can’t even have a spanking new pair of cleats out for a month without some spanner letting a top flight European player wear a new, updated version in a high-profile international friendly.

Being a lover of football boots, it’s not such bad thing; if I come across a leak on a website at first I’m a bit peeved that the the boots I’ve just splashed £100+ on will be outdated in the few months, it’s always balanced out by how cool the new version looks – so I try not to get too hung up on it.

But when I heard that Umbro were releasing a new Stealth Pro II on December the 1st, I was pretty annoyed. And confused. Then I was hungry. Now I’m back to being annoyed again. 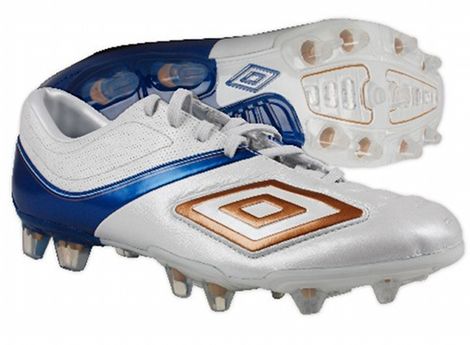 The original Stealth Pro hit store shelves on the 2nd of March 2010, and is now being replaced a hair less than 9 months later – which has got to be some sort of record (outside of the Mercurial Vapor series, which got a little messed up after the Superfly I’s launch was delayed) and I think it’s unfair, not only on the consumers – but the football boots themselves, too!

Firstly the consumers. The Stealth Pro was a completely new football boot from Umbro, meaning that it was going to take a little while for people to ‘warm up’ to them – which means that the vast majority of people who own a pair of Stealth Pro‘s probably bought them after launch, after they’d got good reports from word of mouth, and reputable websites excellent in-depth reviews.

It hardly seems fair to spite these early-adopters by making their boots outdated. Especially after it was probably their purchases that funded the development of the Stealth Pro II. 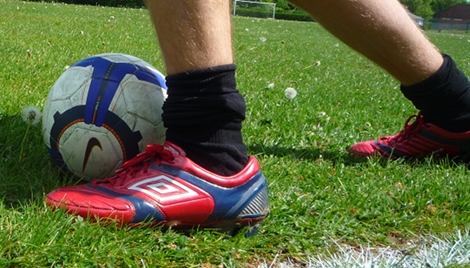 It’s just as weirder move to pull when you consider the football boots themselves. I reviewed the Stealth Pro myself back in April, and I found them to be a very good cleat, with no real flaws except that the synthetic upper might not be for everyone – and professionals are just about catching up to them, too.

Looking at the squads of the England vs France Friendly in mid-November, Gary Cahill, Phil Jagielka and Gael Clichy all represented the Stealth, and in the Premier League the likes of Leighton Baines, Wilson Palacios and Jonas Gutierrez also in the Stealth Pro.

The numbers might not be adiZero levels, but after taking all this time to switch – do Umbro really think that they’re all going to be willing to change to the new model at the drop of a hat?

We know how picky footballers can be, and we sincerely doubt that we’ll see all of the aforementioned players make the change on the 1st of December (Baines and Jags probably will though – the Stealth Pro II‘s are a great match for the Toffee’s home kit!) – it doesn’t seem an effective or efficient move from Cheadle-based Umbro, more a rush tactic to get some new football boots on the shelves in time for Christmas.

Jonas Gutierrez Represented the Stealth Pro at the World Cup…

But giving Umbro the benefit of the doubt, it could be that the Stealth Pro II is more a matter of necessity. Given their slow start (you could say that they went ‘under the radar’! Thanks, I’m here all week) the Stealth Pro‘s were swiftly discounted, which obviously means they’re a less profitable boot and replacing them with a new version is a great way to, not only raise the profile of the line, but also bring them back up to full price again.

Now that more professional players are wearing the Stealth Pro, it would certainly make sense to revamp them and launch a fresh advertising campaign (preferably one that doesn’t involve foxes and/or chickens) to take advantage of this new-found exposure.

Here’s hoping it’s the latter. Umbro have become more loved than they themselves probably realise; praise for the Speciali has been unanimous and their football kits have been critically lauded for their back-to-basics approach. And it would be a shame to see this head of steam turn into a stormcloud of disgruntled Steath Pro owners.

Looking objectively at the boot – I’m impressed with the decision to outfit the Stealth Pro II with a leather upper. Given my (very minor) complaints of the synthetic upper on the original, I think it’s a very wise move for a boot that markets itself in the ‘Control’ sub-category.

But, it just seems that Umbro didn’t give the boot the time it needed to really ‘bloom’.

I’d have been much happier with Umbro following in Puma’s footsteps, and releasing them as the ‘Stealth Pro KL’ or something similar, rather than a fully-fledged sequel.

Umbro could have marketed it as the ideal Stealth for the wet Winter months and push it as strong Pre-Christmas release, which is as close to a happy medium as you’re ever likely to get – though Umbro would have had to heap a load of cash into a developing a Stealth Pro III.

How long do you think a boot’s lifespan should be?

It used to be once every two seasons for ‘big’ boots like the adidas Predator, but now it seems to have dropped to anywhere between 12-18 months, is this too short or just right?

Written By
Kyle Elliot
More from Kyle Elliot
We scour the best of our Ask Geeks section every week to...
Read More