We’ve all had those moments of sheer helplessness, when you see something or someone being subjected to something that you comprehend as wrong, but there’s nothing you can do to make anything right. I never thought I’d open an article about football boots, like that but… 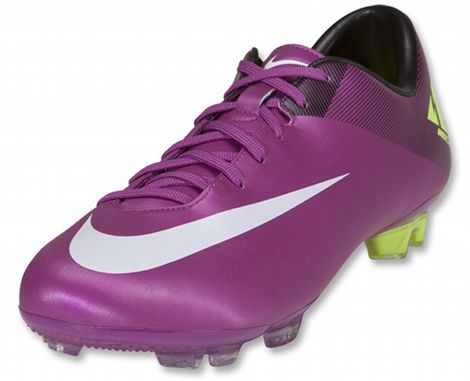 Such a moment hit me on Youtube, of all places, the other day;'  I felt genuine empathy towards a fellow fan of football boots, that I’d never met before – after he made the irreversible mistake of showing off his new cleats on the internet.

I won’t post a link up to the exact video, but the crux of the story is some pre-teen youngster is so proud of his new Nike Mercurial Victorys, he’s made a video of his cleats with his webcam to show them off, and erroneously labelled his home movie as ‘NIKE MERCURIAL VAPOR SUPERFLY UNBOXING.’

Now to most people, this isn’t really a big deal – he’s just a kid, he likes to think he’s got the same boots as all the big players and that makes him feel good about himself, so much so he’s made a Youtube video to show off to his friends. But there exists a special kind of person on Youtube (and indeed the internet) known as the Troll (And when football boots are concerned they usually go by a moniker involving ‘CR9/7/Ronaldo’ or any combination thereof).

And this troll, CR9Sk1llzm45ter (or whatever his indecipherable internet pet-name was) has taken the time to find and watch said video – and then laid a barrage of abuse in the comments section, accusing someone, who is essentially a child, of being ‘poor’, ‘cheap’ and calling his football boots ‘fake’ or ‘rip-offs’,

Now, I know haters gonna hate – but I couldn’t help but wonder – why is there such a stigma surrounding ‘Sibling’ or ‘Takedown’ models? 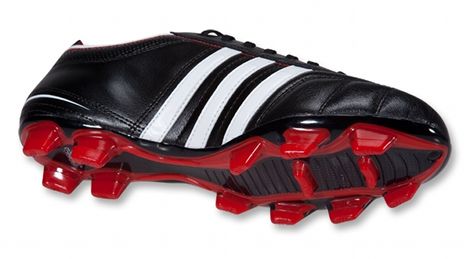 Looking at models like the adiCore IV and Mercurial Miracle II, these football boots are actually better (on paper) than the ‘top’ models of most cleats were 6 or 7 years ago.

Features like glass-fibre soleplates, 230g lightweight construction and Teijin microfibre uppers used to only be reserved for the £130+ models of the Mercurial Vapor back in the MVIII & MVIV days, and now all of the above are available on the Miracle.

Even if you’re not after a flashy pair of football boots, the adidas adiCore still offers a great feature-set for half the price of the adiPure IV, including the same last, a variety of soleplates and a full-grain calf-leather upper – it’s hardly putting my neck out on the line to say that Sibling boots are the best they ever have been (though granted, they are the most expensive they ever have been, too).

You only have to look as far as the recently re-vamped Mercurial Vapor line to see what I’m talking about. Even if you discount the Mercurial Vapor VII as being a takedown (which is up for debate!), whilst the best the Superfly III can boast over the II is a new lick of paint, the Miracle II now boasts that it’s built on the Superfly’s last, has the same upper and stud configuration as the Vapor VII and was actually available on Nike iD way before the new Superfly.

What’s even more important about Sibling boots, is I firmly believe that they support the football boots industry as a whole way more than ‘top level’ cleats. 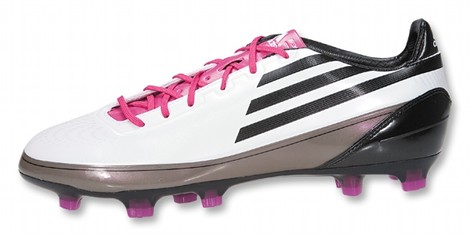 For those of you that play weekend football at an amateur level, when you’re out on the pitch this weekend – discounting boots like the Copa Mundial – see how many players on the pitch are actually wearing the £120+ models. My guess is it’s not as many as sibling boots!

When Nike’s spending £3.4m sponsoring Mesut Ozil and god-only-knows how much on the likes of Ronaldo and Rooney, they have to make some serious bank off each ‘generation’ of their football boots to be able to not only retain top stars to advertise their boots; but pay for the production costs and distribution of their range and pour money into developing the Superfly IV and Laser V!

And the glorious thing about sibling boots is, not only are they cheaper to produce – but they get bought by people who wouldn’t normally buy top-level football boots. Everyone’s got a mate who just plays ‘when he’s needed’, or is just coming back from an injury – nine times out of ten, they’re not going to turn up for 3-4 games of a season wearing £275 Superfly’s.

Are you an owner of any of the ‘takedown’ models?

If so, what do you think of them? Would you agree that now is a better time than ever to own a pair?

Written By
Kyle Elliot
More from Kyle Elliot
Sergio Aguero gets himself some new footwear ahead of Manchester City's match-up...
Read More