It’s tough being a newcomer to the football boots market; the likes of Nike, adidas, Puma and Umbro all have something of a stranglehold on the market, top players are already tied into long-term sponsorship deals and your target market already has an established sense of loyalty to one of the aforementioned brands. 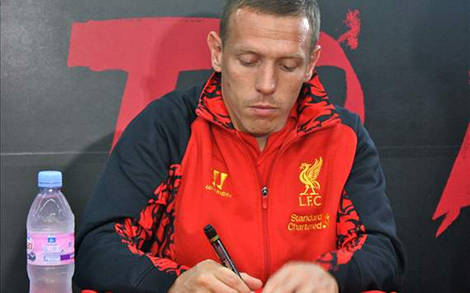 Craig Bellamy did all the promotional work for Warrior’s Liverpool kit – but was sold to Cardiff before he could wear it competitively.

So, when a ‘new’ brand brings a new football boot to market – they’re immediately at a disadvantage before they even hit the shelves.

There’s no ‘big name’ to put on all the adverts, and the media in general won’t come to your product launch as there’s no player they can probe with headline-seeking questions (though a few nutters with football boot blogs would show up, but who wants those guys?).

Thankfully for this year’s two newcomers – Under Armour and Warrior Sports – things should have been made easier as both  have just started their debut campaigns as technical suppliers to Premier League clubs (Warrior with Liverpool and Under Armour with Tottenham).

But even with that advantage, a new brand can’t exactly go shopping for the fan-favourite players the way PSG do – they’d either cost too much, or are already tied into a deal. 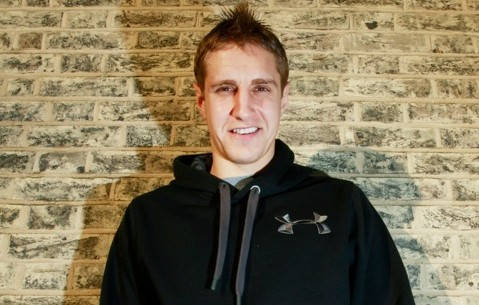 Michael Dawson has been an Under Armour athlete since January, but looks like he’ll never get the chance to wear their new Spurs kit in the Premier League

That leaves players who are there-or-thereabouts when it comes to the starting XI; the steady-eddies who the fans like well enough, have a good reputation and have been rewarded with a few chances to play for their country.

But even going for the players who the fans see as a ‘safe bet’ can prove to be a risk for a football boots brand – as they’re exactly the sort of players that end up being sold.

This summer has provided two excellent examples; Craig Bellamy and Michael Dawson, who were signed by Warrior Sports and Under Armour respectively to personal sponsorships and to be their ‘main man’ at the brand’s new clubs.

By this, I mean they’d be obliged to attend media events, appear in all the adverts, test upcoming boot releases and wear their boots on the pitch with their new club kits. 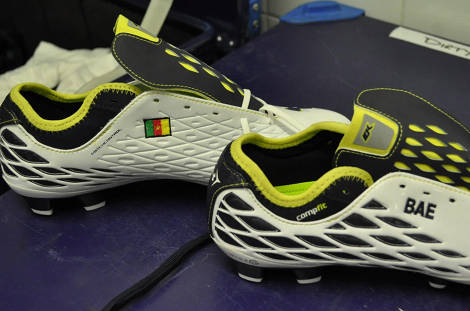 Now, with Bellamy at Cardiff City and Dawson all-but out the door at White Hart Lane – both brands marketing strategies will have to be re-written from the ground up – and worst of all, neither player played a Premier League game in their new Warrior or Under Armour kits.

As a consolation, Under Armour seem to have secured the services boot-eccentric Benoit Assou-Ekotto – but when you’re trying to make an impact in British territory with a club like Spurs, even a fan-favourite Cameroon international isn’t enough to compensate for the clean-cut England international they had in Dawson.

Whilst both players will undoubtedly go on to have success at their new clubs, and will – of course – do it in their Warrior Sports and Under Armour boots, it’s a shame for all involved that they won’t be doing it in their matching kits.