There can be zero doubt that Nike have pulled out all the stops to impress French football fans since taking over from adidas in 2011. With a stunning couple of away shirts and a host of lifestyle garms, Nike can now boast this exceptional France Euro 2012 Home Shirt in their services to French football.

Someone get them a Legion of Honour ready… 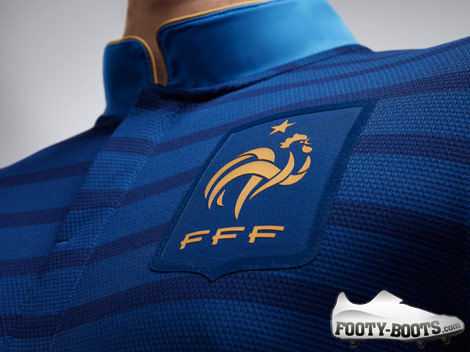 A departure from the traditional blue-and-white designs we’ve seen Les Bleus wear since just about forever, the France Euro 2012 Home Shirt has been inspired by the military uniforms of France’s navy.

The body of the shirt boasts a tonal print of the mariniere, an iconic French design consisting of thin stripes, alternatively in Meteor Blue, the color of the traditional French shirt, and then lighter Pacific Blue from the. 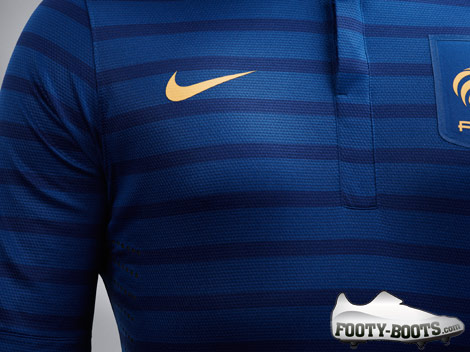 The unique high collar of the shirt is decorated with gold piping, and again has been inspired by the collars of French military garb.

On the cuff of both sleeves is a hexagon to represent France, and contains three tones of gold to echo the national flag the Tricolour. 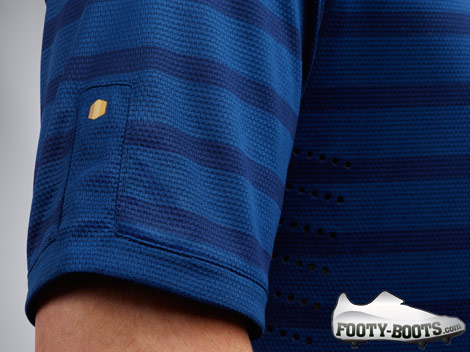 Inside the back of the neck runs a thin red tape with the message ‘Nos differences nous unissent’ (Our differences unite us), which proudly celebrates the diversity of the French nation.

The shorts are in Meteor Blue with a lighter Pacific Blue stripe along each side, while the socks, now with improved cushioning for greater comfort, are in Meteor blue featuring four tonal stripes. 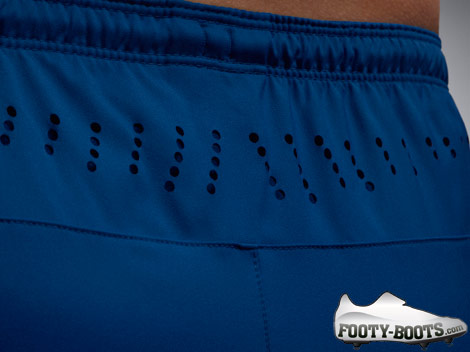 As with all of Nike’s Euro 2012 strips, the Euro 2012 France Home Shirt is made from 96% recycled plastic, with the shirt and shirts containing a total of 13 reclaimed bottles from landfill sites.

In addition, the France Home Shirt boasts all the bells and whistles we’ve come to expect from Nike, including Laser-cut ventilation holes in key areas (read as: armpits) and Dri-Fit technology in the fabric.

What do you think of the France Home Shirt for Euro 2012?

Written By
Kyle Elliot
More from Kyle Elliot
The adidas Battle Pack will be inescapable on the pitches of Brazil...
Read More