Nike have done an incredible job since taking over the reigns from adidas as kit supplier to the French national team last year. Following up to those two insta-classics, is the all-new France Away Shirt for Euro 2012! 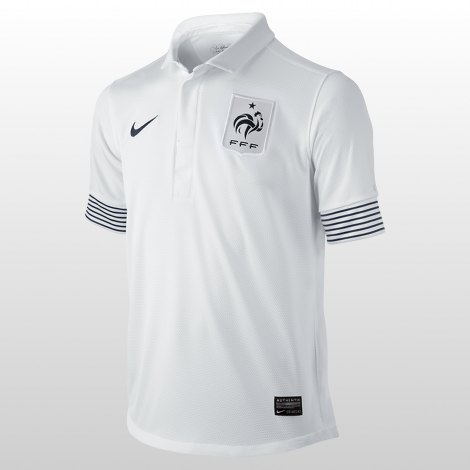 After 2011’s mariniere-inspired jersey, the Euro 2012 France Away Shirt dials back the white-and-navy stripes for a crisp, clean all-white look.

The France Away Shirt 2012‘s design is an evolution of the polo-shirt style design of the home shirt that was released last year, with a deep placket collar that runs to the centre of the chest. 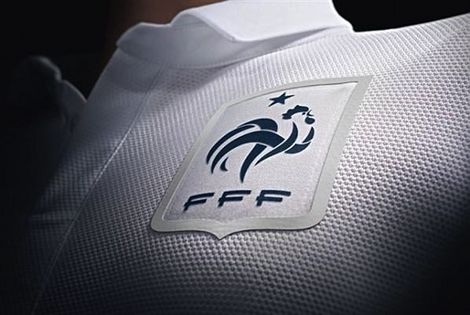 And as a nod to last year’s away kit, Nike have also added the quintessentially-French mariniere stripe to the cuff of both sleeves.

Technically, the France Away Shirt‘s design is as cutting-edge as all of the other kits in Nike’s stable.

Dri-fit moisture management fabric lifts sweat away from an athlete’s skin whilst they play, whilst laser-cut ventilation areas allow air to circulate where the shirt needs it most, keeping Les Bleus cool and comfortable. 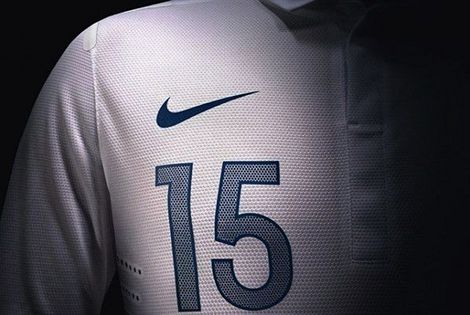 Carrying on their eco-friendly push from the 2010 World Cup, the new France Away Shirt and shorts are spun from a thread created from recycled plastic bottles, making them among the Swoosh’ ‘greenest’ football kits ever. 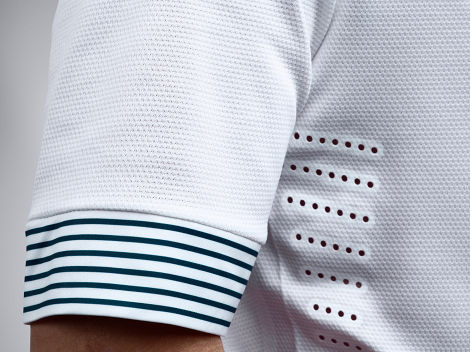 A new double knit structure and yarns also makes this kit 20% stronger, with no compromise to fit and feel with natural cotton added for comfort, as well as being up to 23% lighter than the fabric used on Nike’s kits four years ago.

Inside the back of the neck is the message ‘Nos differences nous unissent’ (Our differences unite us), which proudly celebrates Modern day multi-cultural France and their diverse population. 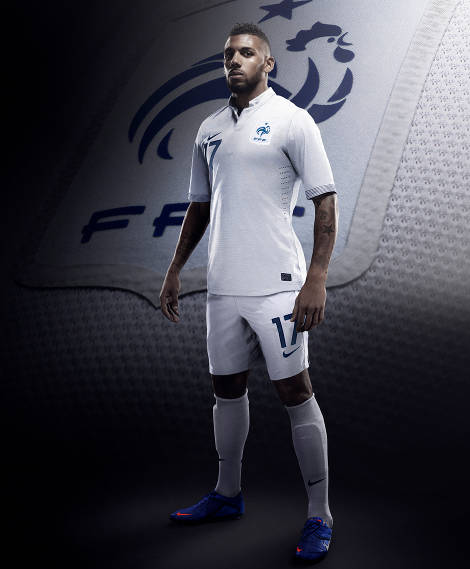 Look out for France wearing their Euro 2012 Away Shirt for the first time as they take on Germany in a friendly on Wednesday February 29th.

Special props go to Shakib A, Mayur K and DDChile who all shared these images on our Facebook page! Thanks guys!

Written By
Kyle Elliot
More from Kyle Elliot
Mizuno strip back the Morelia Neo to something a little more classic...
Read More