A forgotten piece of football boots history was unearthed in Yorkshire this weekend when a stash of hidden photographs were found in the ceiling of a business centre.

A small collection of photos of Sir Stanley Matthews arriving in Leeds to pick up a pair of Goliath football boots was found hidden in a secret compartment in what used to be the Co-op group’s Shoe & Footwear factory.

Forgotten brand Goliath were part of the Co-op group in the 1930s and & 1940s, and were the one-time sponsors of legendary English winger Sir Stanley Matthews.

At nearly 100 years old, this brand all-but defunct now, but pre-date many of the ‘classic’ brands like Patrick and Hummel, so it’s really interesting to see such a historic brand hit the front pages again.

Goliath football boots sponsored Matthews for the then-unthinkable sum of £20-per-week, which doubled Sir Stan’s wages due to the salary cap in place at the time. 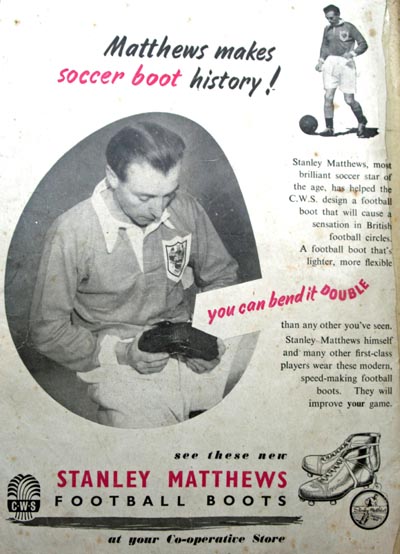 The brand were notable for their dedication to building glove-like football boots which were as light as possible (sound familiar) – The boots were specially designed at the Co-op.

Staff from the factory weighed every component part of the boots, describing them as more like “foot gloves” as they offered little protection and simply covered his feet to give him maximum speed. 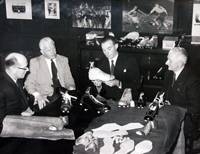 Over time, he reduced the weight of the boot from 1lb 9oz to 1lb 6oz and others quickly followed his example “ between 1950 and 1958, the Co-op is said to have sold half-a-million Matthews-style Goliath football boots.

For those interested, Goliath still exist; but no longer produce football boots, instead focusing on boring things like Workboots and Safety footwear.

We’re hunting down some bigger versions of the hidden photographs, and if we find them we’ll post them up!

Written By
Kyle Elliot
More from Kyle Elliot
The much discussed Safari football boot gets its on pitch debut -...
Read More