Manchester United may have gone to the top of the table on Saturday with Dimitar Berbatov grabbing them a late, late win at Bolton and while Chelsea stayed in touch with another last minute show at home to Stoke City our Footy Boots weekend star is a Gunner.

Just what would Arsenal do without Robin Van Persie and his Adidas Predator football boots? 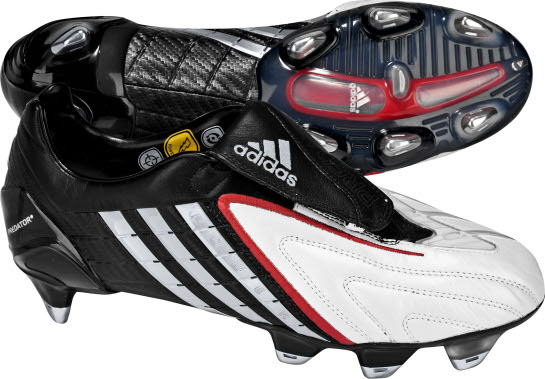 The Dutchman was in supreme form at the weekend and set up all 3 Arsenal goals as they won 3 – 1 away to a spirited Hull City.

It wasn’t until the half hour mark that Van Persie stepped up the pace – first having a free kick tipped on to the bar and then floating in a corner for Emmanuel Adebayor to head in just his 3rd goal in 9 games.

Against the run of play Daniel Cousin found an equaliser for the home side but that just seemed to galvanise Van Persie in to yet more positive action.

As the game headed in to the last 10 minutes he set up Sami Nasri to give Arsenal the lead and then with just 4 minutes remaining, he squared for substitute Niklas Bendtner to wrap the game up, leaving Hull without a point from their last 5 games.

With Manchester United and Chelsea having played earlier in the day, the Arsenal manager Arsene Wenger was more than happy with how his team responded saying:

It was extra pressure because you know that you cannot afford to drop points. It’s good that the team can cope with that.

Our level of ambition? You can see that this team is determined and will give absolutely everything to finish as high as we can. I believe there are still surprises (to come) in this league.

That may well be the case, but you get the impression for that to happen, Van Persie and his Adidas football boots will have to be at the heart of it.