Manchester United closed the gap on Premier League leaders Liverpool with a convincing home win over second placed Chelsea at Old Trafford. United are now just 5 points behind the Merseyside club with 2 games in hand.

As with most games between these two sides, the first goal was all important and as such, we’ve given our Footy Boots weekend star accolade to the man who got it. Particularly as United were incensed at the time having thought they’d scored moments earlier.

Wayne Rooney and Ryan Giggs worked some slight of hand (or should that be slight of foot) from a corner as Ronaldo headed in the United veteran’s cross only for the ‘goal’ to be chalked off as Rooney hadn’t told the linesman about their intentions. But from Giggs’ retaken corner, with just seconds to go before half time, Nemanja Vidic, playing in Puma v-Konstrukt III’s, found a few yards of space behind John Terry and buried his header beyond Peter Cech. 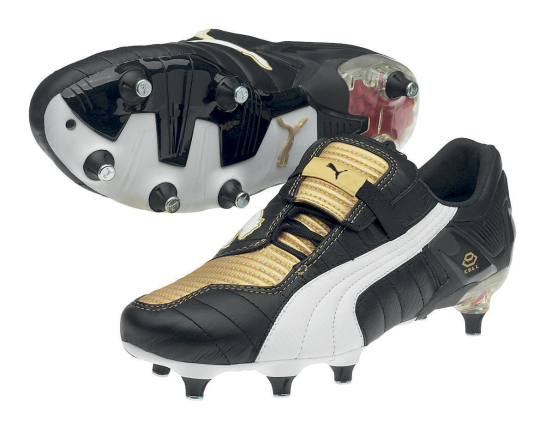 Chelsea enjoyed a spell of possession at the start of the second half but never posed much of a threat and on 63 minutes, Wayne Rooney poked home a second, somehow getting his Nike Total 90 Laser II to the ball through Ashley Cole’s legs.

And it was three late in the game and the turn of Adidas to get in to the act through the Predators of Dimitar Berbatov who turned in Ronaldo’s free kick to complete a hugely satisfying display for United.

It certainly proved to be a happy afternoon for Sir Alex Ferguson who took the opportunity to respond to the tirade against him from Liverpool boss Rafael Benitez. Speaking to Sky Sports, Ferguson said:

You’ve got to cut through the venom of it.

Hopefully he’ll reflect and understand what he was saying was ridiculous.

I think he was an angry man and was disturbed, and that’s all I want to say about it.

At this moment I just want to concentrate on chasing the leaders who are Liverpool.

Written By
Felipe
More from Felipe
Cristiano Ronaldo's astonishing season in 2007 / 08 is recognised as he...
Read More