When the 2008 / 2009 campaign comes to an end and we take stock of the most astute buys of the season, Tony Pulis is going to be right up near the top after his decision to bring James Beattie back to Premier League football.

The former England striker arrived at Stoke City from Sheffield United for a fee that could rise to as much as £3.5 million, but that will seem like peanuts if Beattie keeps Stoke in the top flight.

And that is exactly what the front man is doing.

Playing in Puma v1.08’s, Beattie notched his 6th goal in the last 10 Premier League games as Stoke won their first away match of the season, becoming the 7th team to do the double over bottom club West Brom in to the bargain. 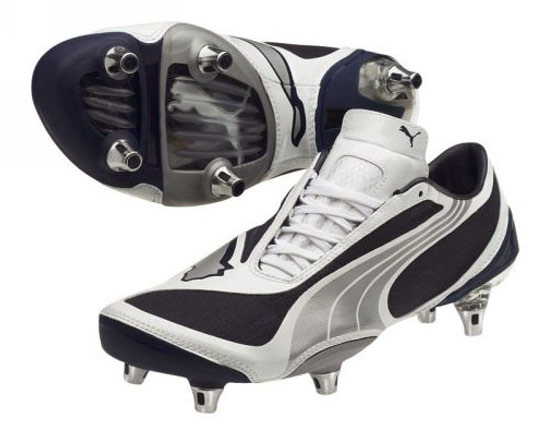 Stoke’s 2 – 0 victory at the Hawthorns with Beattie adding to Ricardo Fuller’s earlier strike, moved them up to 13th place in the table and, more importantly, 6 points clear of the bottom 3.

And the result certainly pleased manager Tony Pulis who said:

It is a monkey off our back. It was a very important game but they all are now.

We have played well away from home before but not had the results. It was a smashing result but we move on now.

We have a lot of work to do. The important thing to do is to keep our feet on the ground.

Wise words from a man who’s actions in the January transfer window are now paying dividends and could well make the difference between Premier League survival and the drop back in to the Championship.

Back in February, we highlighted the fact that Liverpool’s Yossi Benayoun was happy playing in the Nike Mercurial Vapor III’s. Now he’s moved on. In midweek, he turned out for Israel in their World Cup qualifier against Greece wearing Vapor IV’s and at the weekend, he scored the winner against Fulham wearing the Vapor Superfly.

What a star in the making Manchester United have in Federico Macheda. Having scored a hat trick for the reserves on Monday, the 17 year old Italian came off the bench to fire home an injury time winner against Aston Villa on Sunday as United went back to the top of the Premier League. Macheda plays in Nike Total 90 Laser II football boots.