Up until Sunday’s late kick off, there was a certain predictability about the Premier League weekend. League leaders Liverpool were too strong for Blackburn Rovers, Nicolas Anelka returned to haunt his old club as Chelsea won at Bolton, Arsenal created 397 chances but could only convert one against Wigan and Manchester United left it late, as you knew they would, to overcome a managerless but determined Sunderland side at Old Trafford.

But the normal way of things wasn’t in the script at Goodison Park in an extraordinary game between Everton and Aston Villa where the star of the show was Ashley Young in his Adidas F50.9 TUNiT’s. 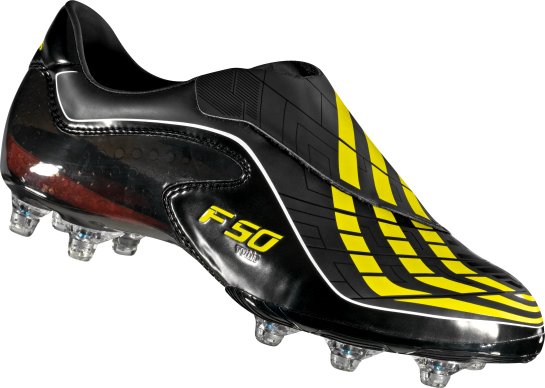 For a taste of things to come, Villa took the lead with the fastest Premier League goal of the season. Just 34 seconds had elapsed when Steve Sidwell rammed in the opener from just outside the box.

Looking to make a move on the top four in the table, Villa went back in front on 54 minutes when the normally dependable Phil Jagielka played Young in with a dreadful back pass. The Everton defender could only look on in horror as Young, who prefers the black / neon yellow / running white F50.9 colourway,'  curled the ball past Tim Howard.

And that’s the way it stayed until the most incredible final minute.

First, Lescott looked to have rescued a point when he bicycle kicked the equaliser after good work from Jagielka and Tim Cahill in the Villa box. But Everton’s wild celebrations were short lived as with 12 seconds remaining, Gabriel Agbonlahor played in Young who skipped past Lescott and lashed home the winner to give the visitors all 3 points.

I work with Ashley every single day and he is a sensational player who has the ability to produce moments like that on the big stage. He is eight-and-a-half stone wringing wet but he has the heart of a lion.

I know I am eulogising about him, but he just goes out and makes things happen. There is expectancy when he is involved and he rarely disappoints.

Believe me; he still had miles to go when he got the ball for that winning goal. To find the energy to go on that run and the composure and skill to finish it off was just brilliant.

Written By
Felipe
More from Felipe
Sami Hyypia has extended his contract at Liverpool for a further year.
Read More