The Footy Boots panel select their top picks of the weekend.

After a three month lay-off Premier League football is back. And to celebrate we kick the season off with our favourite goals from the weekend. 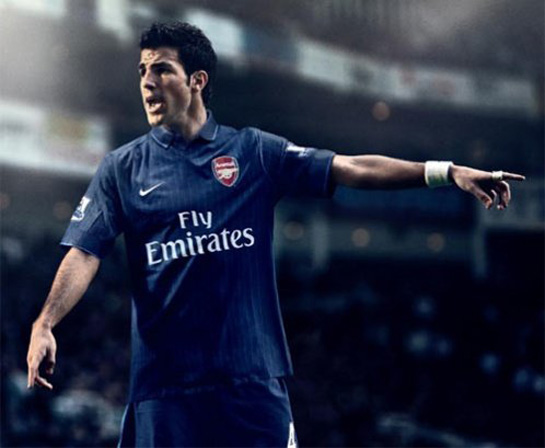 The Arsenal skipper bagged a brace but it was his second that caught our eye. The Spaniard wearing Nike Tiempo III football boots, carved through the Everton midfield before arrowing a long range shot on the run, which buried itself in the corner of the Everton goal. 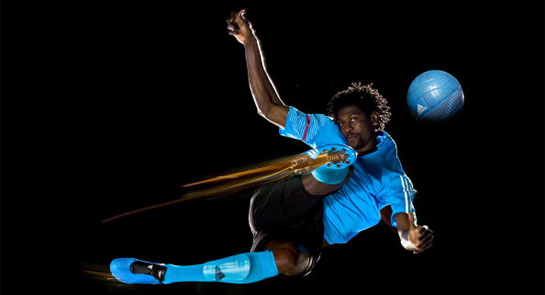 It took Adebayor just 3 minutes to open his account with Man City.'  The Togo striker in his F50i football boots won possession before supplying Shaun Wright-Phillips out on the right. Adebayor continued his run and received a roll ball back from SWP, his first time shot flew passed the helpless Paul Robinson.

Eyeing up a regular game following his spectacular goal, Assou-Ekotto.

Spurs upset the odds with this win over title challengers Liverpool. Goal of the game was undoubtedly from Cameroon international Benoit Assou-Ekotto, scoring his first goal for Spurs wearing Puma V1.08 football boots, he released a thumping drive from 25 yards which rifled into the top corner.

' Hugo Rodallega, old boots, but we’re likely to see more of them.

Our goal of the weekend falls to Hugo Rodallega of Wigan. The Colombian striker hammered a dipping, angled rocket of a half volley over Brad Friedel from 25 yards. Whilst the goal itself was exquisite, we were interested to hear that Rodallega, who was wearing the Mercurial Vapor IV Citron, made a late football boot change. Ribbed the day before by his captain, Rodallega ditched his original choice of football boot for the dated Vapor IV Citron. What’s the odds he will stick to that model now?

Need a recap? See the weekend highlights in the video player on the right.

Think there was a better goal at the weekend? Let us know in the comments section below.

Written By
Felipe
More from Felipe
Something for the weekend sir? How about the brand, spanking, new Puma...
Read More