A couple of weeks ago, we told you all about Samsung’s second year initiative to get another young star hooked up with a Pro Contract at Swindon Town FC. 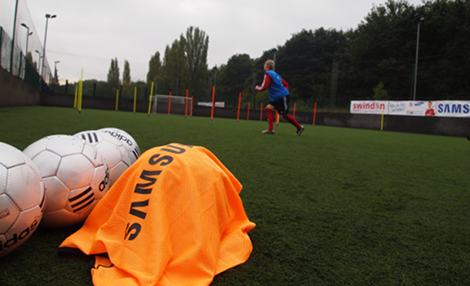 Well, here at Footy-Boots.com, we don’t want to be accused of having ‘All the Gear and No Idea’, so when we were asked by our friends at Samsung football if we fancied coming down to one of the trials for a day, we couldn’t resist!

Whilst conditions were hardly ideal in the North of England, we slipped on our football boots last weekend to see what the other trailists were made of. 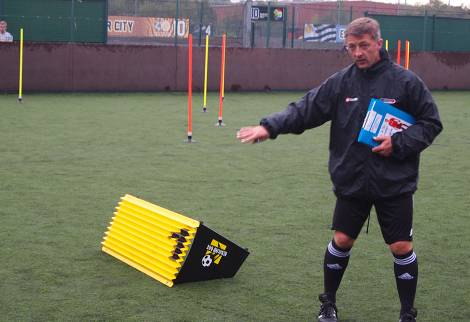 After being kitted out with some rather fetching neon orange bibs in the lobby, we joined the trailists in the first of three challenges designed to test all the rudimentary skills of a football player.

“We won’t see what makes a winner here today, just off these tests” explains FootballCV head coach, Danny. “What we want to see from these lads is the basics, done right. Body shape, movement, controlling the ball with different parts of the foot; what it comes down to is over 6,000 lads applied this year – we want to sort out the ones we want to work with straight away”

First up is a rebounder challenge, nailing 8 consecutive passes off of 4 different rebound boards. 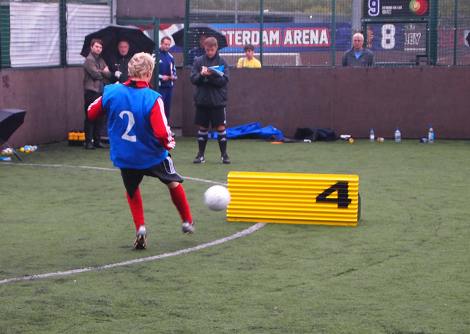 Whilst this doesn’t sound like anything too challenging, the rebounders are made of rigid corrugated iron, that essentially acts like a giant version of the fins on Predator football boots, pinging each of your passes back at you at a high speed and from an unpredictable angle.

“It’s not always going to be about who plays it the safest, or who does it the quickest – if you miss the board, what we want to see is fast recovery, drive and determination to get the ball back and get it going again” Danny reassures the group.

Anyone that’s ever been to a professional football trial will realise just how vital attitude is, and it’s something that’s high on the priority for coaches and Scouts alike, as professional scout Andy explains, “We can’t judge a player comprehensively here today, instead what we’re after is good body movement, first touch and above all else – the desire to win a professional contract. That really is the be-all and and end-all for us.” 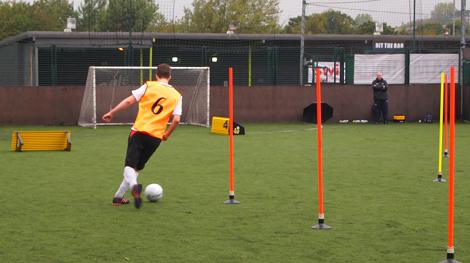 To demonstrate, Danny moves us on to the next challenge, and picks up something on one of the contenders within seconds of the start of the dribbling test;

“Look at the way he’s addressing the pole” the London native points out to us from the sidelines, “He knows it’s a training exercise, and he’s treating the drill like a set of poles”

Whilst we were convinced they were just a set of poles (probably why we were so bad at this trial…), Danny continued in a vain attempt to enlighten us, “We’re looking for players who address each one like they would an opposing player; good sense of balance, low-centre of gravity and looking like they want to beat the pole, not just go around it.”

The next challenge takes the foundation of the previous dribbling test and increases the length, turning it into something of an endurance test for the trialists;

“It’s nothing like I expected”, says Brad who’s travelled over from Doncaster, “I thought we’d just do some passing drills and that’d be it”, Keiran, a former Championship side triallist chimes in too, “The stopping and starting is a killer too, it’s very tough to go into each of the drills 100%, but it’s a pro contract on the line – you’ve got to give your best” 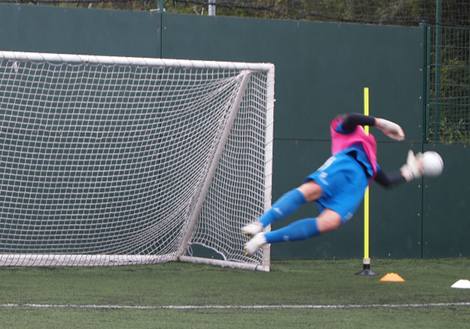 Before the final exam – a 5-a-side game between the groups of triallists – Footy-Boots.com went to see what the goalkeepers were being put through.

“We’re going for a three-stage training seesion, and what I want to see is  good balance, quick feet and a good starting position.” starts goalkeeping coach Ian, “It obviously helps if they can catch a ball too!”


“What we’re really hoping is to test these boys in ways they’ve not trained before, and seeing how they react. At the very least, we want them to take away these drills and exercises, go back to their clubs and improve – but the real benefit comes in seeing a keeper who’s not been challenged in this particular way before, and seeing how they cope.”

The ‘keepers have been working together separately, but are quickly thrown into the deep end when they’re teamed up with a training group of outfield players to mind the onion bag in the five-a-side games. 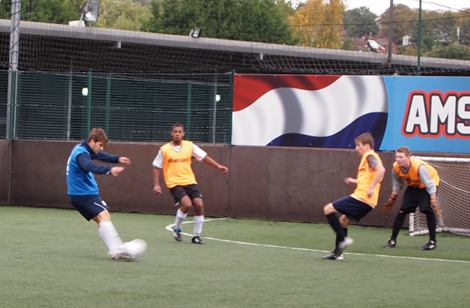 Even to relative scouting laymen like Footy-Boots.com, we could see some of the aspects that make a great keeper straight off the bat; whilst some were quiet and focused, unwilling to take charge over their new, unfamiliar team-mates, two in particular are fast to learn the names of their squad, and are soon taking charge, barking orders and organising those in front of them.

From the sidelines, the watching outfield players are all in agreement; it takes a special kind of player to be goalkeeper.

What Can I Do to Boost My Chances?

The initial round of ‘Win a Pro Contract’ trials are still in their infancy, with plenty still to come up and down the country, so some reading this will be keen to see how they can prepare best for their upcoming trials.

So, here’s some insider hints: 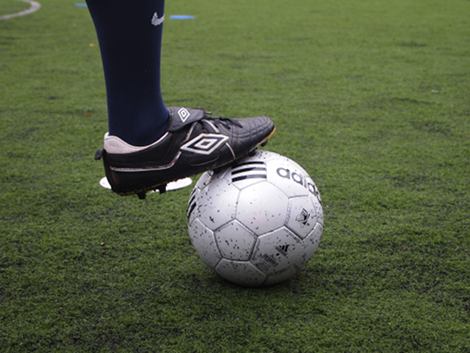 Head coach Danny says that’s the first thing coaches look for, “We can tell 90% of the time which ones are here to play when they’re sat in the introduction inside. Have they got shin-pads? Have they got football boots if they need them?”

“Attitude is very important” Danny explains, “I saw a couple of lads here today, more interested in their phones whilst we’re talking and all that. I think to myself ‘Why have they even bothered to show up?’. Their day may as well be over, then”

“If you’re here on a Sunday Morning, don’t go out on the Saturday night. Simple as that.”

4. Get Your Game Face On

Goalkeeping coach Ian says the number one thing he wants to see is his stoppers treating everything like they would in a game situation, “Anyone could spend an hour a day working on these self-same drills in their garden and get good at them. But does that make them a good keeper in a game situation? No, of course not.” Dive for everything, scrap for the ball and believe in your abilities and instinct the same way you would in a game. 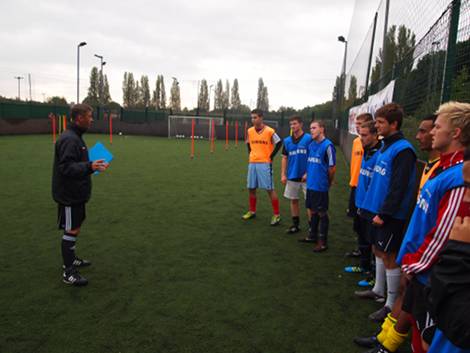 Every coach we interacted with at the Win a Pro Contract trials wanted sharp, attentive players who get things right when asked. Make sure you absorb the run-through of each drill, map it out in your head and be prepared. Sometimes the coaches won’t bother with a demonstration, but they will still expect players to get it 100% right when asked.

Get the exercise completely straight in your head, nothing kills your confidence like stepping up as the first one to do a skills test and realising you’re not completely sure what you’re supposed to do.

And we’re sure you’re dying to know how Footy-Boots.com got on at the trails. Will you be seeing a Swindon Town shirt with ‘FB 99’ on the back next season?

Chief Scout McTish only let us sneak a glance at the top-secret scouting analysis, but one phrase we did pick out in the summary was ‘Don’t call us, we’ll call you.’

Ah well. Next year it is, then.

Written By
Kyle Elliot
More from Kyle Elliot
Mizuno's Masatoshi Yamaguchi talks us through the development of the Morelia Neo...
Read More