When we made the first Footy Boots Show, we were hopeful that it would be popular but we also realised that it would probably take some time to impact on worldwide football boot consciousness. 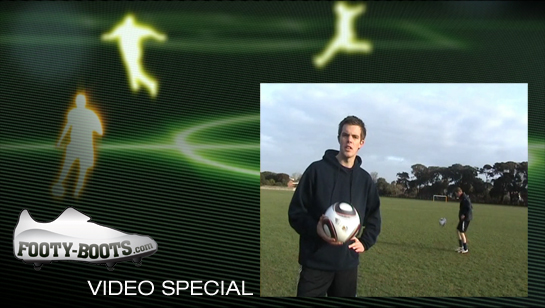 How wrong we were. In a little over 6 weeks, the show has been viewed by an incredible number of football fans. Tens of thousands via Footy Boots and a quite astonishing 115,000 times on You Tube.

It’s clear that our hosts, Greeny and Sully are the new darlings of sports media, the Lynam & Rider or Keys & Gray of the football world. Or perhaps that should be Foot & Mouth?

Either way, the boys are back with the second Footy Boots show, better than before, packed with even more information, tech specs, on location film and opinion.

This week, the lads compare two types of Jabulani balls from adidas, try out the PUMA K-Leather v1.10 (they like a bit of leather now and again) and, before we get too Graham Norton, they take a butchers at the adiPure III.

It may have missed out on this week’s Oscar nominations, but we hope you enjoy it nonetheless.

Written By
Felipe
More from Felipe
Wise Move Dennis Wise has resigned from Leeds and is set to...
Read More