Imagine walking in to your boss’s office one day and informing him / her that you were taking a number of weeks off.

Not only that, but that you expected to be paid the entire time you were absent and that it was likely that you’d be returning relatively exhausted and will therefore need to be eased back in to the working environment.

It’s likely that it wouldn’t go down too well.

However, that is the situation facing a number of managers and coaches from leagues across Europe as players depart for the Africa Cup of Nations which begins in Angola on 10th January.

Chelsea will be without Didier Drogba until early February

The competition takes place every two years but unlike the European Championships or World Cup, it comes not at the end of the season but slap bang in the middle.

Of course there is that old saying that ‘in life, you get what you pay for’. So any team buying an established African international knows full well that he’ll be upping sticks once every two years to play for his country. But does that make it right? Indeed, with the EPL in mind, whilst we know that the title can’t be won over Xmas and the New Year it is however when the big teams start their long push to the finish line. It can’t be made any easier with your star player(s) not available for selection. 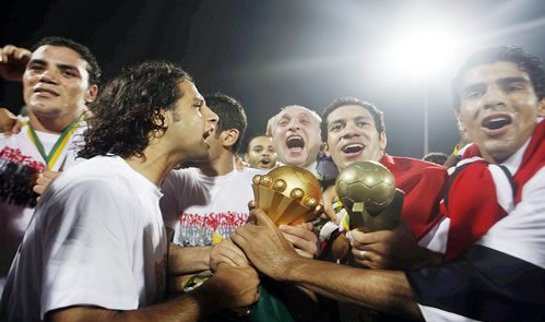 Should Fifa allow this to continue? Well, seemingly, President Sepp Blatter has already said things need to change. Last year, he stated that he wanted the tournament to be held in either June or July by 2016, to fit in the international calendar.

But there are problems with this. The timing would preclude many countries in Central and West Africa from hosting the competition as these months occur during their rainy season and if the tournament were to remain biennial, it would have to be moved to odd-numbered years so as not to coincide with the World Cup. Mind you, the bigger obstacle could be that CAF have long resisted any change on the tournament timing.

So that’s the subject of the latest Footy Boots debate. Should the Africa Cup of Nations stay in it’s now traditional January time slot or should Fifa and CAF move it so it no longer clashes with the European season?

Cast your vote below and also drop us a comment and let us know how you feel about it. [poll=31]

Written By
Felipe
More from Felipe
After hitting a hat trick against Stoke on Sunday, Robinho gets the...
Read More