The next time you’re helping round the house or going through your wardrobe to sort out your summer collection (and there’s no point denying that you do, because at Footy Boots, we are all seeing) there’s now an even better reason for looking closely in all those nooks and crannies as opposed to trying to locate that ghastly Hawaiian shirt you bought 3 years ago but haven’t worn yet. (Just why did you buy it? It looked awful at the time and still does).

That’s because Footy Boots is proud to be backing the Boots for Africa campaign which was launched recently by the former Spurs, Newcastle United and England striker Les Ferdinand. 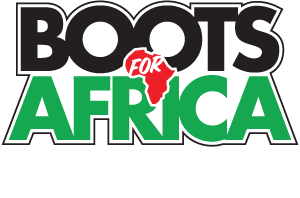 The aim of Boots for Africa is to provide 50,000 pairs of football boots for deprived children in South Africa.

Ferdinand said: “I’m delighted to support the Boots for Africa campaign. The appeal is a brilliant way for children in the UK to share the game of football with the children of Africa.

“I’m very happy to be getting involved in what I think is a really worthwhile charity. I have experienced the inspiration and sense of achievement that football can bring and this campaign is helping to give the same opportunity to children in Africa.

“Sharing football boots is such a simple but effective way of improving the quality of football for these children.

“I wish Boots for Africa the best of luck in delivering as many pairs of football boots as possible.” 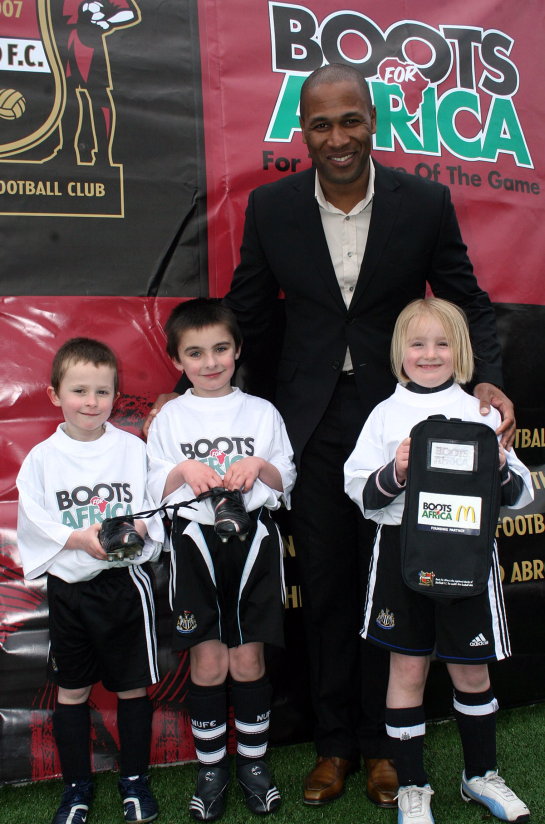 Boots for Africa is the brainchild of Sheffield FC – the world’s first football club – and plans to deliver thousands of cleaned-up football boots and help make the game more accessible to young people in South Africa ahead of the 2010 World Cup.

Junior clubs and members of the public can donate their wearable boots of any size to the campaign by making a £2 donation to receive their boots pack.

Sheffield FC chairman Richard Tims added: “Africa will be staging the World Cup in 2010 for the first time in the competition’s history and we felt this gave an opportunity for everyone to make a difference to the future of the game.

“Sheffield FC and indeed England is seen as where the game truly began. We want to use this standing to again sow the seeds for the next generation of players and ultimately create a knock-on affect for the World Cup.

“These boots may be the children’s first ever pair and each will offer a generation of young people a new sense of hope, pride and ambition.

“We hope junior clubs, schools and members of the public will support this unique campaign and help us achieve our target of raising more than 50,000 pairs of boots.” 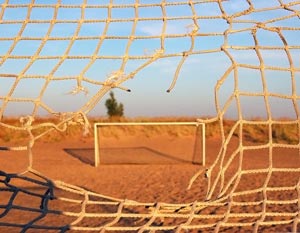 And, being such a worthwhile cause, it also has the backing of Fifa and particularly President Sepp Blatter who said “The Boots for Africa campaign is a fantastic initiative and one we applaud at FIFA as it continues our aims of ensuring football is made available to all and helping to build a better future.”

So how does it work? Well, quite simply all you need to do is email the Boots for Africa team at [email protected] with the details of your club/organisation/school. They will then send you promotional material, boot bags and collection bags so you can start collecting straight away. Simply collect a donation of a minimum of £2 for each boot bag. Please ensure each pair of boots is clean and tied together before they go into their boot bag, and that each boot bag has the name of the donor/child and size of boots written on the label. Then simply donate your boots (the Boots for Africa team can tell you how and where) and they’ll be shipped off to the children of Africa. 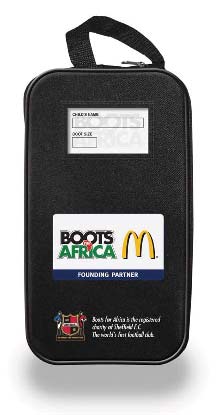 Already in place is a distribution network throughout Africa and arrangements are in place to send boots to communities in South Africa, Ethiopia, Ghana and Zambia. Every pair of boots that are donated will be received in Africa by a young person who has never before had a pair of football boots.

For more information about how to donate to Boost for Africa, you can email at the address as above, phone 0044 (0) 191 222 0440 or visit www.bootsforafrica.org

Written By
Felipe
More from Felipe
On day 2 of the Futsal World Cup, only a last gasp...
Read More