Chances are that if Georges Martins hadn’t had his burgeoning football career ended at the age of 24 by injury, the world of goalkeepers gloves would be a lot less vibrant.

Martins, a budding semi pro player in France when he was forced to quit, has since guided his HO Soccer company to huge success and counts the likes of David James (Portsmouth & England) and Helton da Silva Arruda (Porto & Brazil) as international goalkeepers who use and endorse his products. 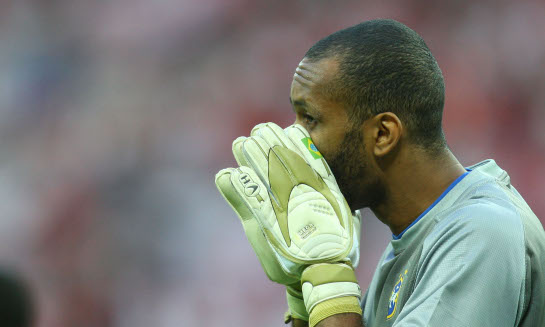 Martins’ route to the top started when he re-located to Portugal and with his business partner José Mendes, opened a sports shop which catered particularly for keepers. Martins listened to what they wanted from a pair of gloves and having played the game at a decent level himself, the idea of forming a company utilising his own expert knowledge began to take shape. 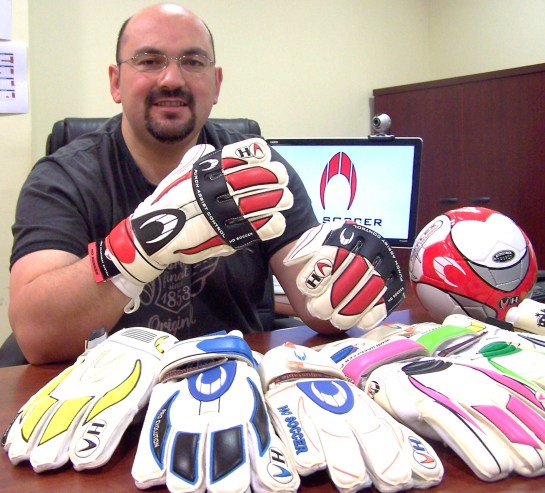 Its HQ is in Alicante Spain, where Footy Boots caught up with the charismatic Martins who, it seems, lives and breathes gloves….lots and lots of gloves.

With another office and warehouse in Portugal, a wholly owned production factory in Pakistan, HO Soccer now boasts over 24 international distributors, over 40 types of gloves in production and a roll call of 250 goalkeepers around the globe on its books.

And after spending a few hours in the company of Martins, its difficult not to get caught up in his world and indeed, look closer at the extraordinary amount of technology that goes in to his products. On Footy Boots tomorrow, we’ll explore this topic still further and also find out Martins’ top tips for choosing a pair of his now much sought after gloves.

Martins not only owns the company but looks after a lot of the marketing and design. He probably even makes the tea, or more likely cafe con leche, such is his drive and enthusiasm. And in recent years, it has been his ideas that have been embraced by the professional game world wide.

Thumbing through HO’s catalogue (which you can download from www.hosoccer.com) you begin to appreciate the depth of Martin’s vision which includes gloves such as roll finger, negative cut, flat face and the intriguingly entitled ‘Gecko’. There are gloves for grass surfaces and specialist gloves for artificial and hard surfaces, more durable as apparently non grass surfaces are 3 times more destructive on a keeper’s finger-wear. 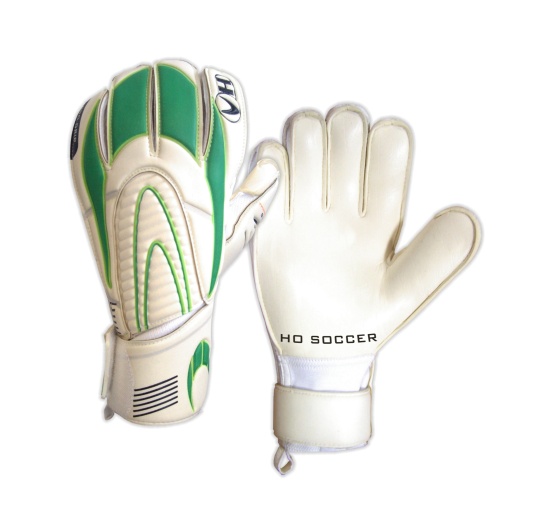 HO Soccer is without doubt a success story. And in a world dominated by big brands and multi national corporations, it’s encouraging to meet a bloke who loved his football so much that he thought “I can do that” and did.