The football world is coming to terms with the death of Germany goalkeeper Robert Enke who died after being hit by a train in an apparent suicide.

The 32 year old was struck at a level crossing near Hanover.

The national team has cancelled today’s training session and all media activity after learning of the death of the Hannover 96 player. Their friendly match against Chile on Saturday has now been called off.

Fans flocked to his club’s Niedersachsen Stadium overnight to lay flowers and light candles at the gates in memory of their captain, who had joined them in 2004. Hundreds more queued on this morning to sign an official book of condolence. 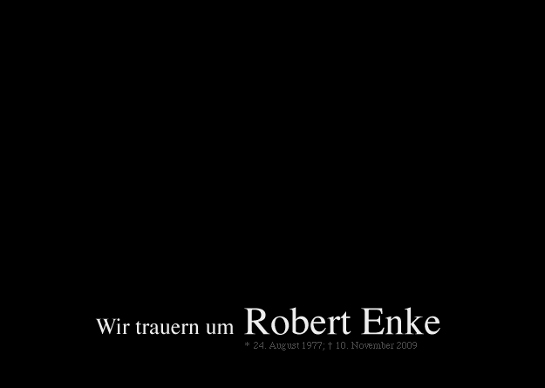 Hannover 96 removed all links to its regular website content, replacing them with a black page showing the simple words: “Wir trauern um Robert Enke” (“We are mourning Robert Enke”).

Enke and his wife Theresa lost a two year-old daughter in 2006 to a heart ailment, and it is thought that he never fully came to terms with the devastating loss.

Written By
Felipe
More from Felipe
Ever wondered what really happens at the launch of a major football...
Read More