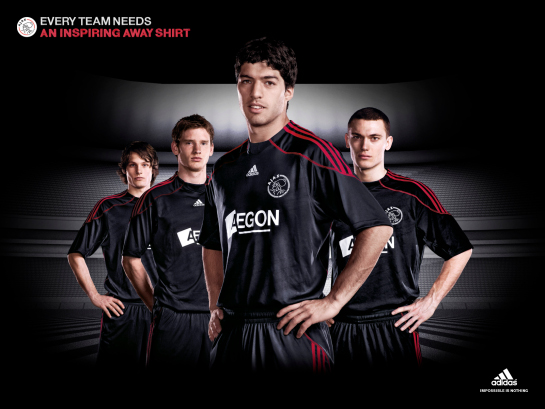 The new strip will be used for the first time against Sparta Rotterdam on Sunday 3rd May.

The new away collection will be available for sale from this Friday but to get your hands on it, initially at least, you’ll have to make a visit to Holland as it’s only going to be purchasable from the official Ajax fan shop at the Amsterdam ArenA.

Another big-name club, though one that happens to be struggling – Newcastle United – has revealed their brand new Adidas kit, which will be worn during the 2009/2010 season in whatever league they end up in. Sceptics will say that after missing out on a win over Portsmouth at home on Monday night, that’s likely to be the Championship.

Nonetheless, the Toon Army will continue with the traditional black-and-white striped design.

And Plymouth Argyle are another side to team up with Adidas.

The Championship club has agreed ‘the most commercially attractive deal in Argyle’s history’ with the global sportswear giant, who become exclusive suppliers of all Plymouth’s playing, training and replica kit over an initial four-year period.

The famous three Adidas stripes will be first seen at Home Park when they adorn the Pilgrims’ new 2009/2010 home kit, which will be revealed before Argyle’s final home game of this season on Sunday 3rd May. It’ll be available for pre-order immediately afterwards.

We are delighted to be teaming up with Adidas, a global brand renowned for excellence in every corner of Planet Sport.

Another set of fans who can soon purchase their side’s new shirt are those of Bristol City with The Robins having unveiled their new Puma home kit for next season.

City will don their new kit for the final home match of the season against Sheffield Wednesday on Saturday; whilst fans will be able to get their hands on the new strip on the same day. 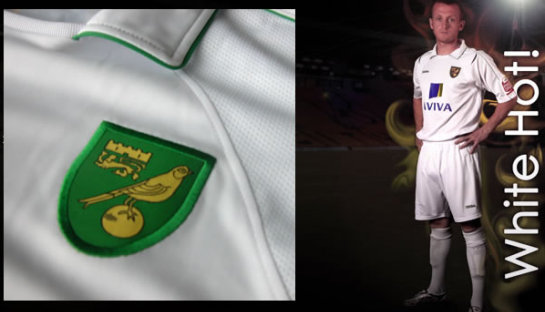 The kit features some special design elements – including the collar, which has ‘On the Ball City’ embroidered on the back for the first ever time.'  The front of the neck is elasticated for improved comfort. Additionally a mesh effect is sported down both sides and subtle green piping and trim is on both the shirts and shorts.

As ever, footballshirtculture.com is the place for all the news regarding football shirts.