According to the Spanish newspaper El Pais, Real Madrid have asked sponsors adidas to double the amount the company pays the club annually to 60 million Euros. 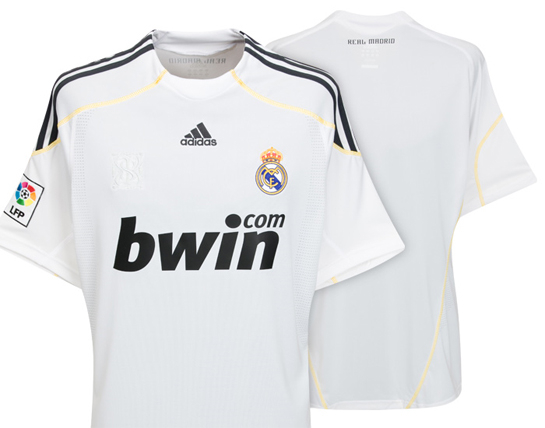 It is believed Real’s new president Florentino Perez is seeking the renegotiation of the contract with the German sporting goods manufacturer, which runs until 2012 and according to sources close to the club a refusal by adidas to comply could push Real to take their business to the company’s US rival Nike.

Besides adidas, Real have several other sponsors, including Coca-Cola, Audi, Bwin and Telefonica, which combined pay them some 130 millions Euros a year, around one third of the club’s revenues of 400 million. It is likely the club will need to bring in as much money as possible after such a costly summer transfer spree.

Hannover 96 have gone public with their kits for 2009 / 2010 and while kit launches are ten-a-penny at this time of year, this was of particular significance as the kit has been made by Under Armour. 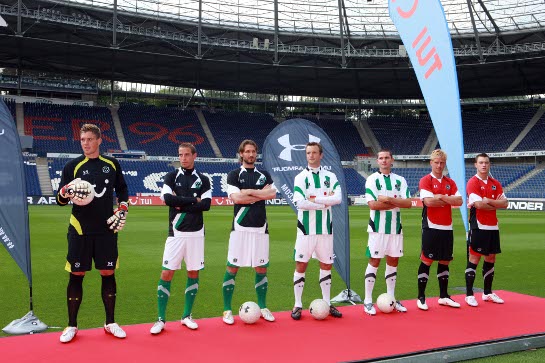 The American Base Layer„manufacturers are some way through a concerted effort to make a splash in Europe, not just by designing kits, but also through their new football boot range made up of the Create Pro and Dominate Pro.

Indeed, there's a nice little tie up at the German club as international striker Mike Hanke wears the Create Pro. 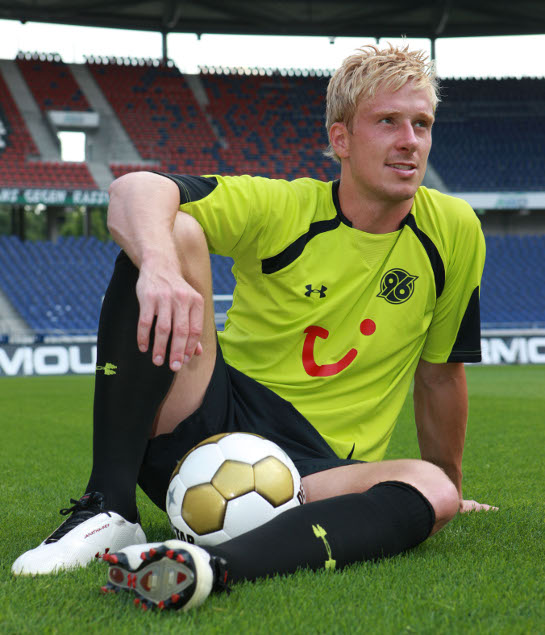 So while the snappers were getting busy, Footy Boots reporter Mark Terry-Lush asked him a few key questions with regards to his boots and next season.

FB: Mike, you're wearing the new UA Create boots. What do you like about them?

MH: They are very light, comfortable and give me a great touch on the ball. Not only do they look cool, they perform fantastic.

FB: What are your feelings and hopes for the new season?

MH: I am hoping to play better than last season and for the team to come together and perform as we would like. I'm confident that we can do better this season, perhaps the new boots will bring me luck.

FB: Do you fancy your chances getting a place in Europe?

MH: [laughs] We have to play well here [Bundesliga] first and that's what I am focused on. All I can do is play well and aim for a place in the starting 11 each week.

FB: You played for Germany in 2006, do you have hopes that you will be selected for World Cup 2010 in South Africa?

MH: Of course I would like to play for my country, but it's not important to me right now, my focus is on Hannover96 and doing the best I can for the new season. Of course if I play well anything can happen, there is plenty of time. Next year is next year, we'll see what happens.

Back in Spain, Real's local rivals meanwhile have unveiled their brand new shirts, which coincidentally are sponsored by Nike. Atletico Madrid's distinctive and emblematic rojiblanco„jersey has been modified in several aspects. 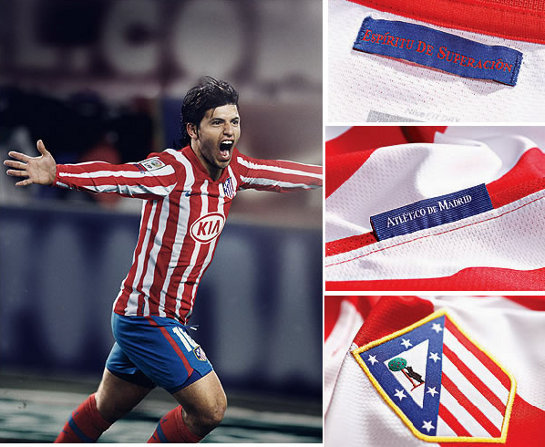 To begin with, the number of stripes has been increased and they are therefore thinner, with the central part of the front of the jersey being red. This change is to get closer to the beginnings of the Atleti vest. Another notable difference is the recovery of the polo-type collar, which will be red, after several years without one. The Spanish flag will remain on the rear part of the collar.

Made with breathable fabric for greater comfort, the name and number printing on the striped jersey will be the same as that from last season, blue with platinum borders. What has changed is the inscription on the inside of the collar, which will be changed from Bendita aficiÄ‚Ĺ‚n„(Blessed fans') to EspÄ‚­ritu de superaciÄ‚Ĺ‚n„(Overcoming spirit'). Furthermore a small label appears on the shirt, with Atl'tico de Madrid„on one side and 1903', the year in which the Club was founded, on the other.

And finally, the shorts will remain the traditional blue colour, with a red stripe down the sides, while the socks will be red with a blue stripe.

The second kit to be worn by all of the teams which form the rojiblanco„organization is undoubtedly very novel and attractive. Black is the colour chosen for the 2009/2010 campaign, both for the jersey and the shorts.

Fellow Spanish side Valencia have unveiled their new 09/10 kits made by Kappa. A specially designed kit includes the names of former players written in the shape of a bat and commemorates the 90th birthday of the club by paying tribute to all the men who have defended the team on the pitch. 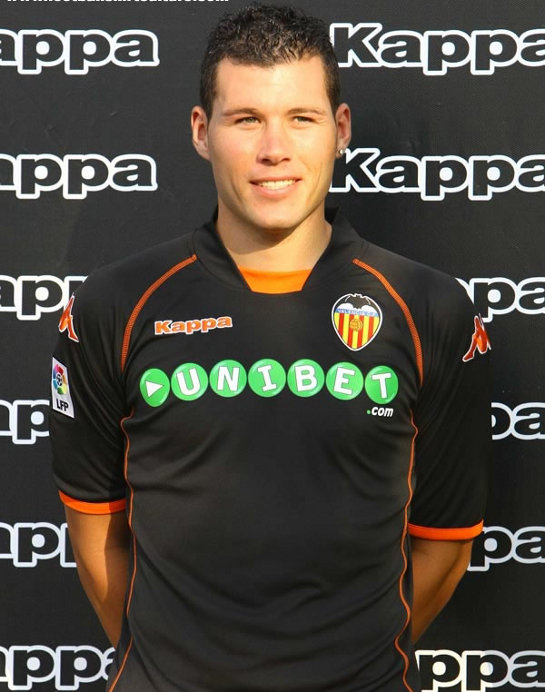 Footballshirtculture.com remains the home of all football shirt news.

Written By
Felipe
More from Felipe
Martin O'Neill is not getting carried away with Aston Villa's recent run...
Read More