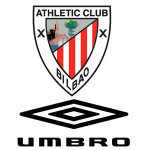 Spanish newspaper El Correo reports that Athletic Bilbao and sportswear company Umbro have agreed a new kit deal, which could be announced in the coming weeks.

With the shared objective of both parties being guaranteed stability, it is anticipated that the contract between Athletic and Umbro will be for three or four seasons.

The market shows that, after Real Madrid and Barcelona, Athletic Bilbao shirts are very popular with around 60,000 shirts sold every year. 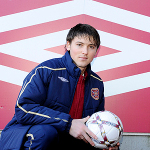 Another team to go into partnership with Umbro is Hearts who have signed a new three-year commercial agreement worth a significant though undisclosed sum.

Umbro will continue as Hearts’ kit sponsor through until the end of season 2011/12 following a highly successful initial two year period.

We are absolutely delighted to be making this announcement.

This takes our relationship with Umbro to five years and is a sign of exceptional commitment between both organisations.

Umbro are true international market leaders and they have served us magnificently during the last two seasons.

Over the past two years we have worked hard to prove to the club we were the right longer term partner and therefore I am delighted to be able to conclude and announce our new three year agreement.

During the next three years we will continue to create and provide the club and it’s supporters with cutting edge product that reflects the heritage and traditions of Hearts.

Continuing with the current trend of voting for the design of football shirts, Grimsby Town fans have had the chance to pick the shirt that the Mariners will wear for the 2009/ 2010 Season.

The club has once again teamed up with Italian sportswear manufacturer, Errea, to produce designs for the supporters to choose from.

We thought that it would be a good idea to let fans have their say in what the team will be wearing next season.

Errea have been great in helping us with this project and fully endorse the fact that we have opened up the choice to supporters.

For further shirt news click on over to footballshirtculture.com

Written By
Felipe
More from Felipe
Man City decide not to take any action against striker after Old...
Read More