Having just been turfed out of the FA Cup by Everton at the weekend, it’s a tough time to be Chelsea player. But nothing cures a post-Cup hangover like an away tie in the Champions League, Fernando Torres is rolling out some new football boots to give him the edge. 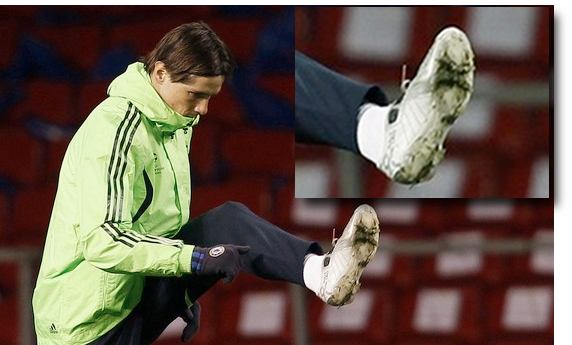 Training for tonight’s game against FC Copenhagen, Fernando Torres looks to be hoping that a new custom sole-plate will assist a return to form.

The £50m Spaniard has always been notoriously picky about his football boots – preferring White Leather over anything else – so this new soleplate could well be the latest of Torres boot-based tweaks.

Identifiable by the translucent colouring of the studs, we know straight away that these aren’t the standard Summit White Laser III, as they have solid black tips on their FG model. 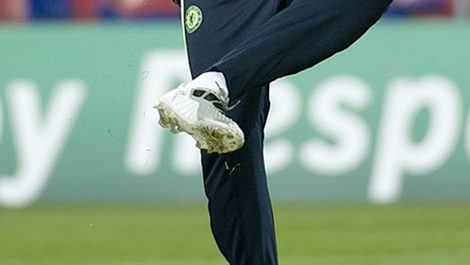 We’ve seen see-through studs on plenty of Nike football boots in the past, including Torres’ club team-mate Florent Malouda and National team compatriot Cesc Fabregas -'  and it’s usually a dead give-away that a player has asked for a custom sole from the Big ‘N’

Whilst the medial mid-foot support blades have been left in place, one thing that Torres has opted against is the larger heel counter from the standard Nike Laser football boots, giving him a lighter boot similar to the Elite series.

An unusual move for Torres, who was spotted in the World Cup playing in a custom pair of Elite Laser III’s fitted with a large external heel counter.

Written By
Kyle Elliot
More from Kyle Elliot
The New Nike Vapor VII get their official unveiling - with a...
Read More