Striker Tony Cottee will be fondly remembered by West Ham and Everton supporters for the 6 years of service he put in at each club, but the pacey striker played for no less than 6 other clubs before retiring in 2001. 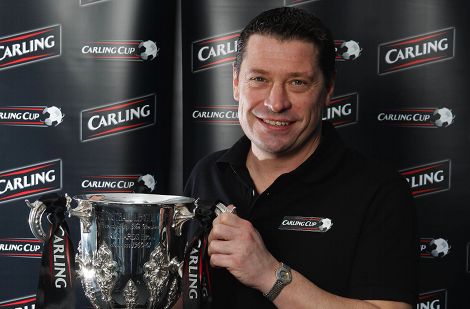 But did you know that Cottee also had a football boots collection as diverse as his range of clubs?

You’ve lead a long and distinguished career and worn football boots from brands like adidas and Arrow – which were your favourite ever pair football boots and why?

From what I can remember, I wore Adidas, Puma, Hi-Tec and Arrow.

My 2 favourite pairs were the adidas L2000 and, of course, the Puma Kings. Both pairs were just so comfortable and I loved the soft leather.

Did you put any importance on the wearing the right football boots?' 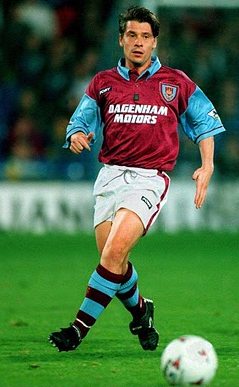 I mentioned in the last answer about the comfort factor and that was the key element for me in choosing which ones I˘€žËd wear. If my feet were happy, then I was in the right state of mind to perform to my best.

Preferentially Kangaroo leather if I was being picky which I suppose is a trait all pro˘ possess, just some a little more than others!!!

Do you keep up with modern football boots technology? If so what do you think of the lightweight, brightly coloured footwear today’s players wear?

I dont really keep up with the technology of today’s boots but obviously with the pundit job I do, I notice and observe the different colour boots that are worn.

In my day it was rare to see coloured boots and always prompted the “You need to be a good player to wear them” comment!! That obviously doesn`t apply nowadays!

If you had to compare yourself to a current pro footballer, who would it be?

I always think that it is for others to compare you with modern players but if I had to do it, I would love to think that I would be compared with Michael Owen or Jermaine Defoe?

The domestic Cups has been undervalued in recent years with many teams fielding ‘weakened’ sides – but this season the Carling Cup seems much different, why do you think the Carling Cup is now so keenly fought?

I think when you see teams like Arsenal take the competition a lot more seriously it sends a strong message out to other teams. You˘€žËre obviously going to get the odd club who just can˘€žËt afford to pick their strongest eleven due thread bare squads.

The league will always take precedence but I think managers are starting to realise that players measure the success of their careers through the medals they have won. Similarly the way that fans do for their club; winning the Carling Cup will both bring jubilation to the fans and alleviate pressure on the managers.

The Carling Cup is the first piece of silverware to win of the season – as a professional can you ‘put a price on’ the confidence boost that comes with getting a trophy?

For teams like Birmingham it can be used as a spring board for their league campaign. Since the semi final victory over West Ham they have pushed on with results against Man City, Coventry and proved to be a real thorn in the side of West Ham by beating them at Upton Park.

You can therefore see the confidence boost it has given the players by just getting to the final, if they were to take home the trophy I˘€žËm sure they will scale the table even further.

We’ve got to ask – did anyone else own a pair of Arrow football boots like Tony?

Written By
Kyle Elliot
More from Kyle Elliot
PUMA cap off the signature Tricks series with a tidy pair of...
Read More