The Zygo Deztruct has whipped up a frenzy of interest and intrigue over the last few months, unseen in the world of football boots since the original Predator back in 1994. But the overarching inquiry is; Do they work? There’s only one place to find out… 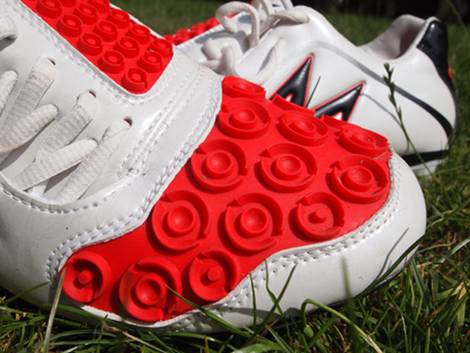 In a bizarre pastiche of the the sub-heading above, the' Zygo Deztruct is anything but comfortable, but is saved by it’s fit.

Allow me to explain. The Zygo Deztruct uses a Predator_X style wraparound collar that I don’t exactly have a fondness for. With no tongue to pad out the collar on the ‘throat’ of the boot, the boot is constantly sitting on the foot, rather than working with it.

There’s some light rubbing in this area (and some serious rubbing on the bottom of the heel) on the first wear, but it’s nothing too much to complain about. What I’m really getting at is rather than being ‘at one’ with the boot, you’re constantly being reminded of it’s presence on your foot.

Thankfully, though, the fit of the rest of the boot is enough to make you forget about any issues with the collar; The fit in the heel, toe and midfoot are roomy and accommodating to just about any foot size and the laces run far enough down the boot to give the Deztruct a snug fit. 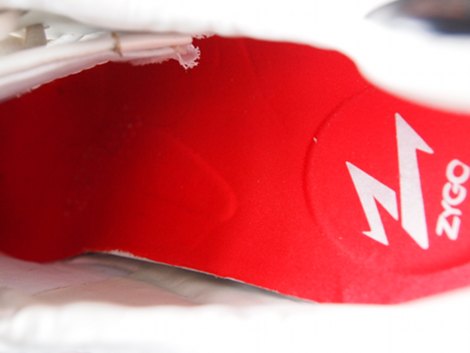 A special shout-out goes to the insole, which is one of my favourite features on these football boots. It’s contoured, padded and has extra eva foam on the heel and arch to give a cushioned ride that’s a welcome change to the wafer-thin crackers that some brands are passing off for insoles at the moment.

All in all, there’s a lot to compare in this department to the Predator_X and Laser III – which just about makes it par for the course in the power category. 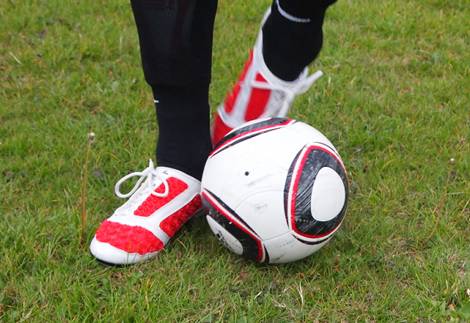 The Deztructs are a real surprise in this department, thanks to the unsung hero of the whole design: The Microfibre Upper.

The upper on Zygo’s maiden football boots is a fairly ‘by-the-numbers’ synthetic, but it’s placement and flexibility make it a pleasure to wear and feel the ball through.

Despite my reservations, it was definitely easy to pull off tricks and turns in the Zygo Deztruct.

Receiving passes is a breeze thanks to the huge ‘podded’ area on the instep, and pinging them back for quick one-twos or slide-rule through-balls is especially satisfying.

Whist you should make no mistake that I am singing the Zygo Deztruct‘s praises in this department, this is a big boot with a lot of tech packed into the upper – and I am taking that into consideration. You won’t get the same feel for the ball as you would in something like a Legend or Copa – but if you’re expecting something clunky and cumbersome, you’re going to be pleasantly surprised! 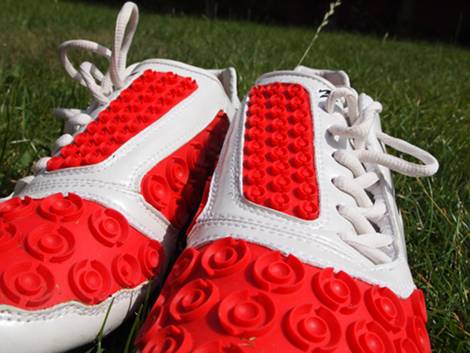 Some of the other players on my team greeted the Zygo Deztruct with ‘I want a pair’, ‘they look amazing’ etc. Others approach these' football boots with more curious caution, saying things like ‘What are they meant to do?’ ‘How do the things on the front work?’.

Whilst there were plenty who chimed in with ‘What ARE you wearing on your feet!?’ and ‘Kyle, it looks like you’ve got an octopus on your feet, maaaate!’ – the general consensus fell somewhere in the middle – Wear the Zygo Deztruct and you’re going to get people talking.

I, personally, think that the team at Zygo have done a great job at creating a boot that incorporates their defining technology handsomely – the main problem is the pods are very big, and very noticeable. [hhog_bookmarks] 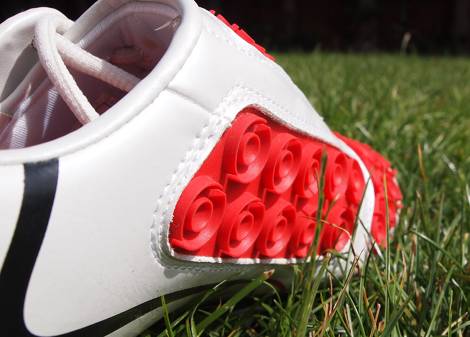 I’ll start with the good – the synthetic is nice and easy to clean. It’s almost frictionless, so almost effortless in getting rid of mud and dirt.

The same, however, cannot be said of the pods. As you can imagine, the big pods on the instep and the toe are hard enough to clean – but those tiny ones on the ‘laces’ are neigh-impossible!

I don’t blame Zygo, though – it’s just part of the design, and ultimately it’s nothing you can’t get looking as good-as-new with the help of a toothpic, a toothbrush and a little time.

Other than the complete contrast in the cleaning department, you’ll know when you get them out of the box – the Zygo Deztruct is a solid boot. 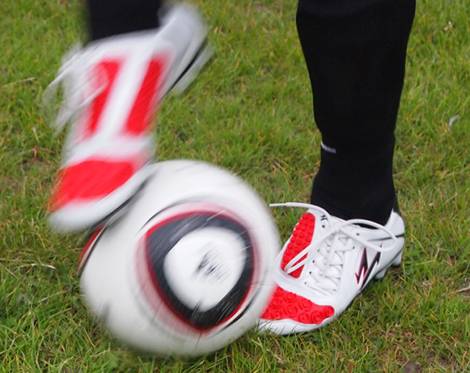 So, hot shot, you want to know of the Zygo Deztruct does everything it claims to do?

All that nonsense marketing talk and alien-looking technology really make a difference?

Here’s the twist – they do and it does.

The Zygo principal works on two levels – firstly, the pods store energy when bent back by the ball and release it into the ball as the ball is released. Secondly, the pods increase surface area contact on the ball, boosting friction and adding spin. 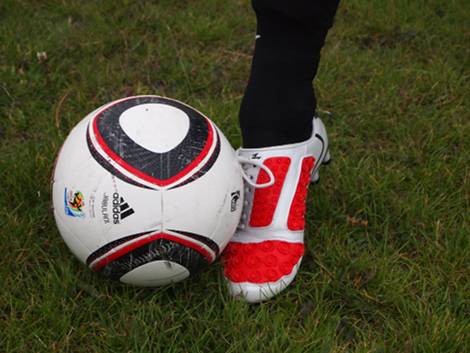 Starting on the former, launching the ball in the Zygo Deztruct is effortless. Whether it really is the pods, or it’s the fact the Zygo is around 75g heavier than anything I’ve played in, hitting free-kicks from your own half, goal kicks, corners etc. are easily done with these football boots.

The momentum carries the ball truly impressive distances when you catch it flush, far exceeding my expectations for a regular kick – it’s perfect, not only for big clearances and the like, but for adding zip onto low-drives as well.

The spin generated is also exceptionally impressive. The pods on the toe get some real ‘bite’ into the ball, which can allow you to put on some exceptional swerve – which you can translate to accuracy with enough practice.

One thing I did find though, was you do have to refine your technique to really maximize what these football boots will do for you. If you don’t get enough through the ball, rather than scooping under it slightly, they will generate a ludicrous amount of backspin, losing distance on your kick. 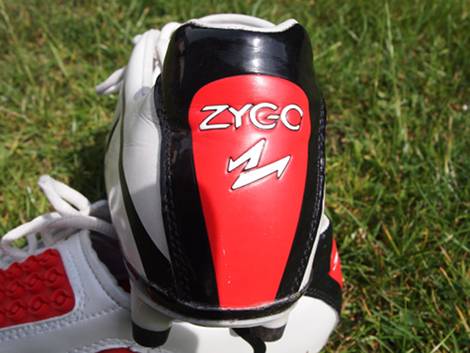 The UK Price is currently very good for a pair of ‘top-level’ football boots, putting them in the same price-bracket as Umbro and several other smaller brands that are trying to under-cut some of the more expensive boots coming out of adidas, Nike, etc.

Whilst the looks, technology and performance will divide plenty of football boots fans, the one thing that I think makes the Zygo Deztruct value for money is the durability.

I can see these boots lasting for at least a season. At least. They’re substantial, rugged and well put together – if you’re looking for some boots that are in it for the long-haul, these are likely to fit the bill. 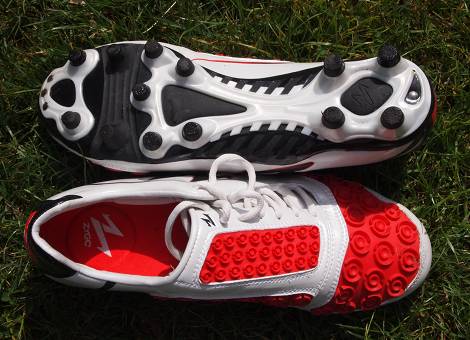 The focus on technique and the positioning of the pods make the Deztruct’s ideal for anyone looking to refine their kicking and striking, giving a great visual indication where you should be hitting the ball to make it do exactly what you want it to.

Defenders, centre-mids and goalkeepers should also consider what a boot like this could do for the game. The pods offer a level of protection to the metatarsals second only to the Concave’s sweet-spot, and clearances, long-balls and goal-kicks will never be the same.

As for everyone else, if you’re after a ‘power’ boot that refuses to compromise with the ‘power’, the' Zygo Deztruct will deliver!

Written By
Kyle Elliot
More from Kyle Elliot
Nike5 gets a new name and a brand new version of the...
Read More