The Vapor VI has had an interesting development. Firstly, it was left unannounced for a month or so after the release of the Mercurial Superfly II, then it was up for much debate what would be included on the boot itself, then there was much discussion whether it was actually any better than the Vapor'  V.

Well, we’ve finally gotten our hands on a pair, and we’re desperate to see – not only how the boot stacks up to the Superfly II, but if it carries on the tradition of category-leading Mercurial Vapor Boots from Nike. 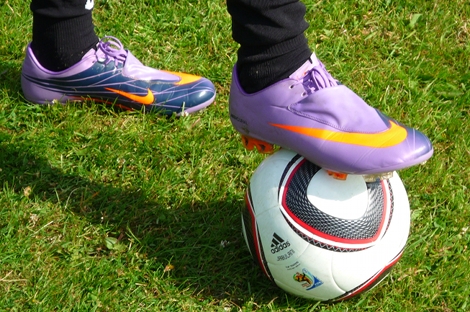 The Mercurial Vapor VI suffers from one of the same problems as its more expensive stablemate Ĺ› the Superfly II Ĺ› in its heel counter. It˘€žËll come as little surprise to frequenters of the Mercurial Vapor series that this is the main area of discomfort from the boots Ĺ› the first several wears will result in blistering of the heels on both sides of the apex of the heel.

The boots will start to give in the heels; unusually I found these harder to break in around the heel than the Superfly II. I˘€žËm not sure whether this could have something to do with the fact that the Vapor VI˘ were being worn in the summer, and my feet were sweating more (Nice, I know!)'  but it’s definitely something to consider.

As it turns out, the heel was actually the only similarity with the Superfly II in terms of fit: The thinner, more flexible upper meant the boots didn˘€žËt rub against the top of the toes when bending the toes, and the sole of the boot felt a little wider meaning there was no unwanted friction between the outside of the feet and the upper. 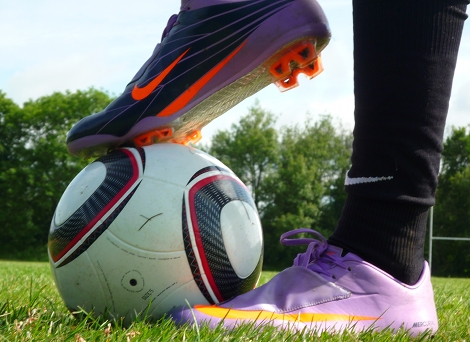 The Vapor VI˘ definitely feel like a solid boot. When you turn the boot in your hands, you get the impression there˘ very little that can go wrong with it. The Upper is almost seamless, with a nice give to it Ĺ› as with all it˘ predecessors in the Mercurial Vapor line.

As there’s no Adaptable Stud technology, the sole is a single, uncompromised unit with all the studs injection moulded onto the chassis. This means that the boot is less likely to have any water creep in through the sole when playing on a damp pitch.

The sole of the boot is made of Glass fibre, as opposed to Carbon fibre, which gives it comparable durability at the cost of a little more weight in it’s construction.

One warning with the Glass fibre is that if bent past a certain point, it is liable to cracking, but this shouldn˘€žËt be too much of a concern unless you fold your boots in half after a game!! 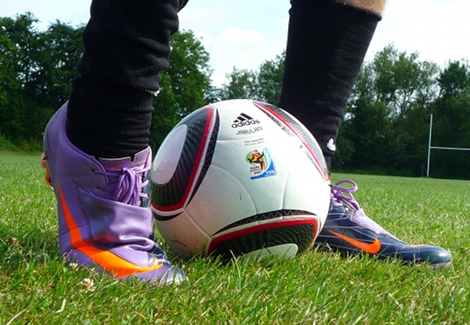 For a non-leather boot Ĺ› the Vapor VI does give a sound feel for the ball, perhaps even better than the slightly stiffer adidas F50 adiZero. Whilst not as satisfying to play in as some other synthetics Ĺ› such as Nike˘ own KangaLite Ĺ› it still bends and creases with the natural movement of the foot, meaning you do get a nice sense of the ball when you wrap your foot around it.

Striking the ball is also something that is solid on the Vapor VI. The slightly wider fit means you can really make solid contact with your forefoot as you hammer through the ball, and the lace cover does give a small-but-tangible increase in contact with the ball when volleying.

The inside of football boot is a great fit along the side of the big toe and instep, which translates into a good surface to hit crosses and passes from.

As for how the boot feels on the foot Ĺ› it definitely has the feel of a lightweight boot, feeling swift and agile on the foot, and the low cut of the ankle helps give the boot a low-profile, high-speed silhouette. 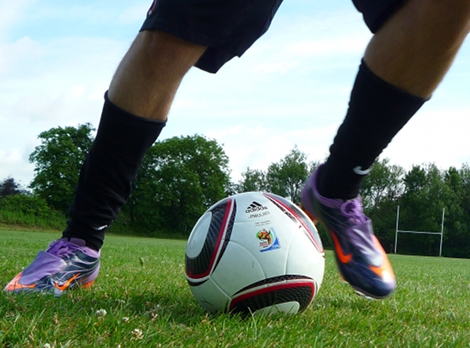 One of the things I noticed when reading the back the above 3 headings is that I˘€žËve used words such as ‹Ĺ›good˘€žË and ‹Ĺ›solid˘€žË several times over Ĺ› and I think that sums up the Mercurial Vapor VI quite well. Once broken in (or if you pride yourself on being able to bandage up your heels quite well!) the Vapor VI will serve you admirably as a speed boot. It gives a sound feel for the ball, is a pleasure to strike and pass the ball with the high-friction graphic on the toes surprisingly gives a good touch on the ball when moving at speed.

But, anyone that read our Superfly II review knows that the £275 super-boot has a certain je ne sais quoi to it. Wearing a pair, you know that the Superfly II is the pinnacle of the Nike boot design team. Whilst the Vapor VI lacks this spark, it actually does do several things better than it˘ extravagant older brother; out of the box it’s a little more comfortable and more forgiving upper.

So, if you’re not bothered by the extra flash of the Superfly, but still want a great Mercurial Vapor boot – the Vapor VI’s could well be the football boot for you!

Written By
Kyle Elliot
More from Kyle Elliot
Sack off the pastel colours of earlier this year, the Black-Out and...
Read More