The Concave design divides opinion across football boots across the ‘net, but this summer has been a bumper season for Concave, adding a couple more pro’s to their ranks (including a new recruit at Old Trafford).

So, it’s time Footy-Boots.com got in on the act too, and find out whether the Concave PT+ Classic lives up to expectations! 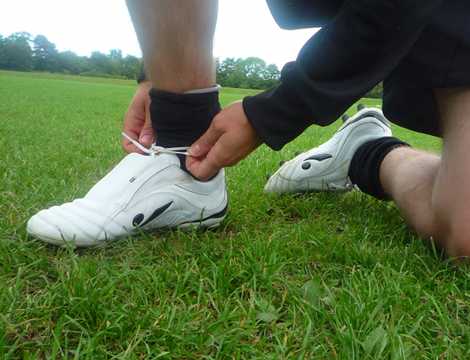 The Concave PT+ Classic sets right one major part of the Concave design that has always aggravated my feet, and that’s the rubbing from the sweetspot onto the tops of my toes when the foot is bent. I’ve owned two previous models of Concave – the Original PT and the Concave PT+, and whilst this issue improved in the PT+ it was still definitely an issue.

However, Concave have listened to feedback from players who spend a lot of time on their toes and have completely resolved this annoyance (for my feet at least!) and right from the first wear, I’m happy to report there’s no rubbing from the sweetspot anywhere on the foot.

As for the rest of the football boot, the rigid design still means you’ll need the (handily included) shoehorn to get your feet in there, but once you’ve got it all laced up you’ll probably find the Concave PT+ Classic to be pretty roomy! 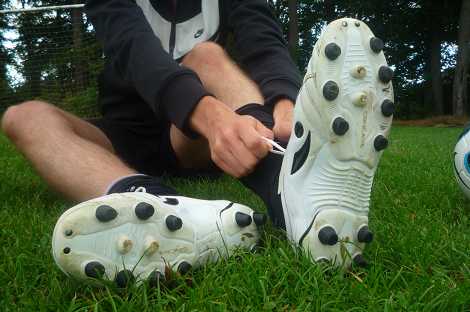 Definitely enough to accommodate a reasonably wide foot, and the laces go far enough down the football boot to offer a reasonably adjustable fit. The other nice feature is, as this is the first Concave boot to feature a leather upper, there’s a lot more give in the rest of the boot than any of it’s predecessors.

Not only does the leather on the outsole crease with the movements of the foot, but there’s also a nice stitched area on the sole that’s not a million miles away from the Mizuno Morelia & Copa Mundial in terms of give, shape and comfort, meaning the football boot bends with your toes easily – rather than fighting against the stubborn synthetic of the original PT.

One other area that the Concave PT+ Classic excels in is the sole. I trialled the MD soleplate, with a 13-round-stud configuration. Even on the sun-baked grounds of pre-season I still found there was no irritation on the bottom of my foot from unwanted pressure. I don’t think I need to tell you all that Concave have a philosophy that centres heavily around durability and player protection, and the PT+ Classic continues that tradition honourably.

The SweetSpot is the same design we have come to expect from Concave, and covers the whole of the top of the foot, meaning – aside from the bend in your toes – there’s always something substantial between your feet and someone else’s studs.

Another unsung piece of technology is the SBS (Shank Balance Stabiliser) a dynamic section of the sole that connects the two-piece outsole. In comparison to the last football boot I wore, the Mizuno Wave Ignitus, the Concave PT+ Classic felt very sturdy in the midfoot when both striking and tackling. 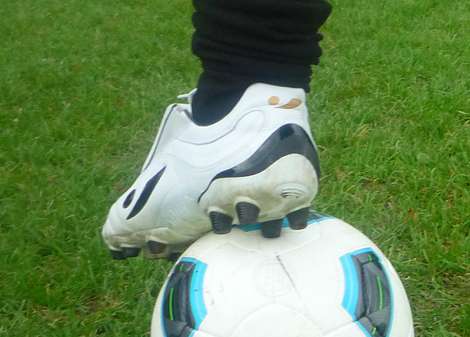 One of the durability issues with the PT & PT+ was that both boots relied on elastic to pull the SweetSpot close to the foot, but Concave have – again – clearly paid attention to customer and player feedback and ditched the fragile stretchy fabric entirely.

Instead, the PT+ Classic features two areas of (what feels like) silicone rubber that attach the SweetSpot to the rest of the boot. The result is this area of the boot is now completely immune to the elastic getting wet and dry, and eventually snapping. 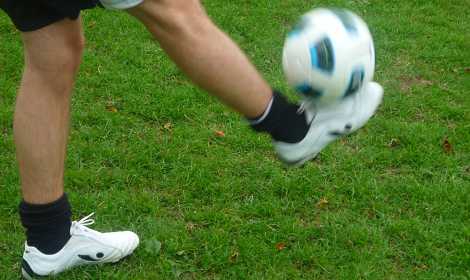 When you talk about the Concave line of football boots, the first thing anyone wants to know is does it offer the benefits of increased power and accuracy?

For me – the benefits might differ in comparison to someone else trying on the boot – I don’t strive to be a ‘power’ player, and rarely strike the ball with the dead centre of the top of my foot. I’m far more likely to use the top of my instep to shoot with.

However, when I did catch the ball with the top of my foot – clearances, volleying etc. – there is a really satisfying contact with the ball where (even though we don’t have a way to measure an increase in power) you can tell that you’ve hit the ball harder than you might have otherwise. In fact, for a change, I opted to smash a penalty down the centre of the goal whilst trailing these football boots, and boy did that ball fly! 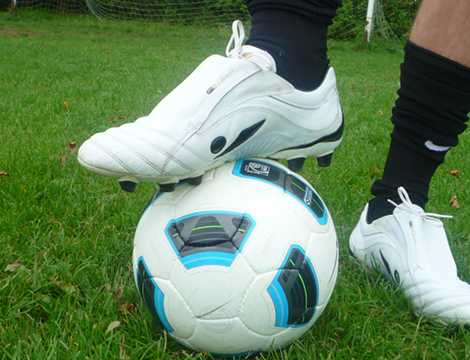 As for the increased accuracy; for certain types of ball I did feel that I benefited from having a large flat surface to hit the ball from, and generally speaking the ball did tend to go where I wanted it to.

But, contrastingly, I found it difficult to play passes that require a more delicate touch off the SweetSpot – such as trying to weigh a backspin-pass over a defender – like the SweetSpot was hindering my feel for the ball, rather than enhancing it.

One aspect of the football boot that will be inevitably overlooked is the instep – which is a shame, as this area is one of the most improved over the standard PT, thanks to the leather upper.

Not only is it soft and cushioned, but it’s actually larger than on most other football boots, as the side of the sweetspot’s ‘wedge’ increases it’s surface area; perfect for cushioning awkward passes and playing neat one-two’s. 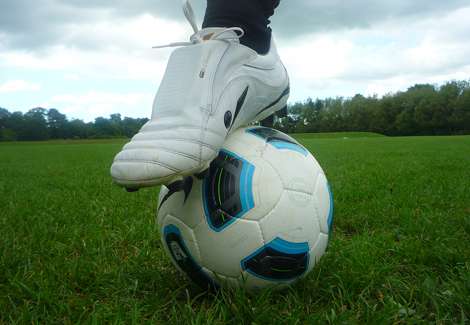 Whenever we read the comments on a Concave article, there’s always a split opinion – those who like the idea and those who don’t. Which is fairly coincidental, as the Concave concept isn’t for every player, it doesn’t suit everyone’s style of kicking the ball.

But there’s definitely no denying the fact that in the PT+ Classic, Concave have their finest football boot yet.

It’s infinitely more comfortable, more versatile on a variety of surfaces and also more durable than any other Concave football boot that’s gone before, so if you currently play in Concaves, or feel like they might benefit your game, the PT+ Classic is definitely worth your time.

Written By
Kyle Elliot
More from Kyle Elliot
Nike stars give us a sneak-peek of what's to come from the...
Read More