It was another weekend of massive amounts of goals in the English Premier League, all of which have made a huge change to the outlook of the Footy-Boots.com football boots scoring charts! 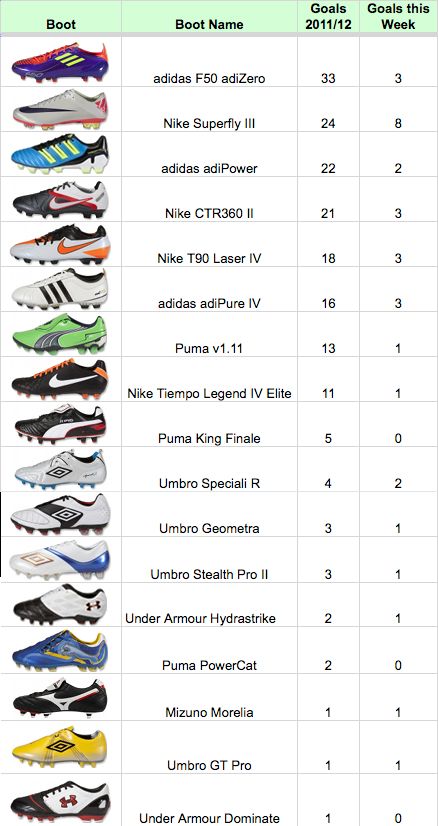 Manchester City summer signing Stefan Savic will have pleased the team at Mizuno, when he scored the first Premier League goal of any player wearing the Japanese brand’s football boots this term, hammering home a well-taken header with the classic Morelia on his feet. 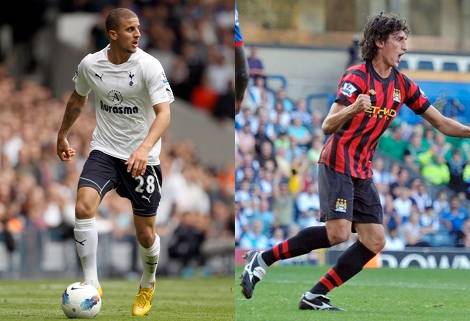 The Umbro GT Pro has been the only Umbro football boots not to register yet this season, with the rest of the Cheadle-based-brand’scleats all starting strongly – thankfully Kyle Walker has got the speed boots off the mark in some style with a powerful, swerving effort that sealed the North-London derby.

Overall, it was a good weekend to be wearing Umbro football boots, as all four of their silos netted at least once; Danny Graham scoring in the Stealth Pro II‘s, Jonas Gutierrez in the Geometras and both Andy Carroll and Darren Bent starting to find form in the new Speciali R.

The Nike T90 Laser IV‘s start to life in the Premiership has continued to be a rocky one, with Wayne Rooney forced to drop deep against Norwich and Fernando Torres suspended it fell to adidas Predator-convert Daniel Sturridge to poach a couple of excellent goals in Nike’s excellent new Striker-designed football boots and keep them well in the race for the golden-boot-of-boots! 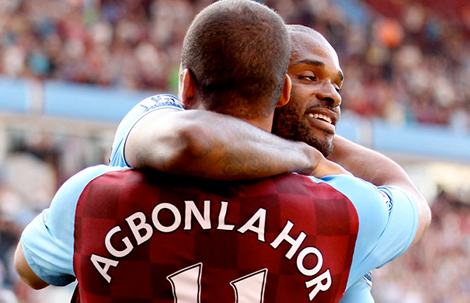 This week, however, belonged to the Superfly III, as 8 goals have put Nike’s signature speed football boots hot on the heels of the Superfly III. The return of Gabriel Agbonlahor to something like his old form has boosted the Superfly III well up the charts, coinciding with the on-pitch launch of the incredibly bold new Volt/Retro colourway.

Written By
Ramsay
More from Ramsay
Puma go even lower for the weight of the all new Puma...
Read More