After their 6 – 0 demolition of Portsmouth last month, Mark Hughes’ side endured something of a slump with league defeats at the hands of Liverpool and Wigan and just a draw away to lowly Newcastle.

But it all came right for them at the weekend with a 3 – 0 victory at home to Stoke City with Robinho, in his Nike Mercurial Vapor IV’s hitting a hat trick. 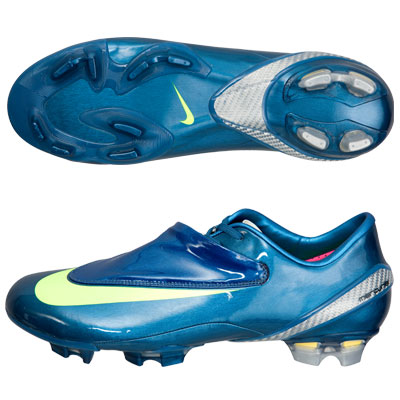 Robinho fired in the opener after being picked out by Ched Evans after 14 minutes.

Goalkeeper Joe Hart made a couple of decent saves to ensure City retained their lead going in to the break and they managed to double their advantage two minutes after the restart when Robinho slotted home his second of the game after fine work from substitute Danny Sturridge.

After Hart’s excellent work in the first period, it was his opposite number Thomas Sorensen who was now under pressure and he produced two outstanding stops to deny the Brazilian. But he was powerless to stop Robinho from completing his hat trick when on 72 minutes; he calmly finished after more good work from Sturridge.

Robinho’s performance and that of his team mates got this reaction from manager Mark Hughes:

I thought we were excellent, and not only in the attacking sense because defensively we were rock solid. We were prepared to stand up to the battle that Stoke will always give you.

When we got the ball back we broke with real purpose and could have won by an even bigger margin.

We need to win consistently and if we play like that, then it’s possible. We need to be solid defensively, which we were, and the way we play we will always create chances.

Robinho was named as man of the match and that’s now 6 goals for the Brazilian in his Mercurial Vapor IV’s since his move from Real Madrid.

Written By
Felipe
More from Felipe
The Credit Crunch is taking the shirt off the back of several...
Read More