Once the jewel of the Nike boot line-up, the T90 series has had a bit of a hard time recently. Since the introduction of the CTR360 line and the stunning re-invention of the Tiempo, there are now plenty of alternatives to those who want a pair of non-Vapor Nike football boots.

Does the new Nike T90 Laser IV have what it takes to re-find it’s place in the Nike stable? Let’s find out! 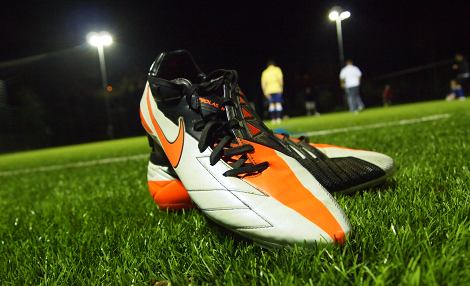 Gone is the roomy, wide-foot-pleasing forefoot of the Laser III, in comes a more narrow, streamlined forefoot that completely changes the dynamic of the boot.

That’s not to say these boots are about to put the squeeze on you, though; built to be the same shape as the spectacularly comfortable CTR360 II, the new Nike T90 Laser IV is a football boot that takes the series back to the ‘Air Zoom’ days, and improves the range drastically for doing so.

These are no longer going to be the ‘go-to’ football boots for players with wide feet, but those with average-to-narrow hooves are going to find a boot that is comfortable and well-fitting right out of the box. 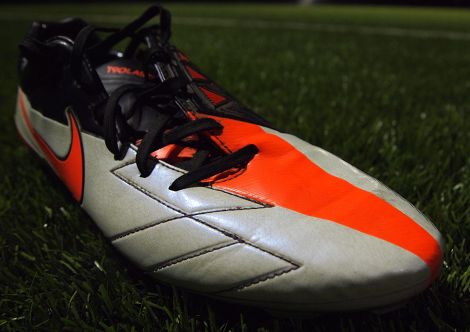 As you can hopefully tell from the photos, after 3 weeks in the Nike T90 Laser IV, the upper has creased exceptionally, moving well with the whole of my foot and becoming soft and supple.

The result is a wonderful middle ground between the thin-but-plastic feeling of the Teijin upper on the Superfly, and the synthetic KangaLite of the CTR360 II.

It doesn’t come close to the feel of a well-worn K-leather, but for a synthetic football boot, the new Laser offers a great feel for the ball in all situations, and the new adaptive shield doesn’t ever feel like it’s in the way. 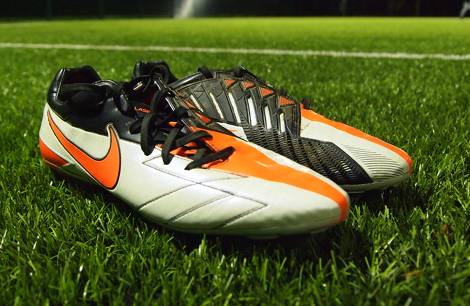 I know from the comments section when they were first revealed that not everyone thought the new look of the Nike T90 Laser IV was one they could dig, but I think they’re a stunning pair of boots.

The sleek, low-profile silhouette and infusion of technology into the upper is futuristic-cool at it’s best, and the little details like the embossed heel pattern add some subtlety to the distinctive launch colourway.
Maintenance – 4/10 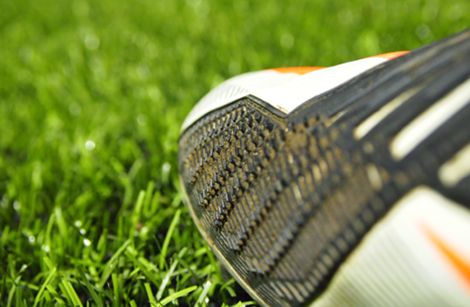 These are a pair of football boots that were never designed to get muddy. Or even be near mud.

The fins at the front are undoubtedly one of my favourite pieces of design on these football boots, but they gather dried dirt and rubber-crumb like no other boot on the market.

As for the Nike T90 Laser IV‘s upper, things don’t get better here, either. The white sections of the boot has a gorgeous ‘veined’ effect running across it, which looks stunning out of the box. But, be warned, as soon as any muck has infiltrated this pattern, they won’t get that clean again! 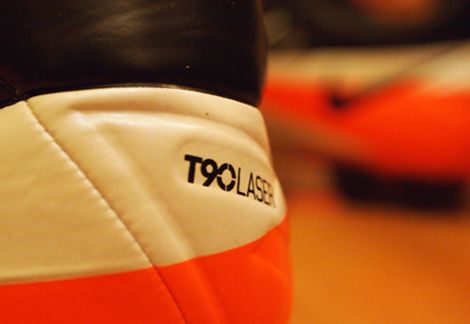 The reason I point this out, is that these three factors are the best things about the new Striker-designed boots. The re-distribution of the studs carries your weight much better than the Laser III, regardless of surface, and they also offer a very speed-focused layout for optimum confidence when bombing into the final third with or without the ball.

Combining this with the drop in weight and the improved fit, and – dare I say it – the Nike T90 Laser IV might actually be a better ‘speed’ football boot than the Superfly III!

That’s not to say the Nike T90 Laser IV are a slouch in the power department, though. The new ‘Perfect Strike’ zone is a massive improvement over the silicon pods last year, providing a universally flat plateau for shooting, no matter what the shape of your foot.

The only real disappointment in this area is the fins on the bottom of the strike zone. They’re so far out of the way, I didn’t feel they benefited my shooting technique or touch at all – though this will likely vary depending on your style. 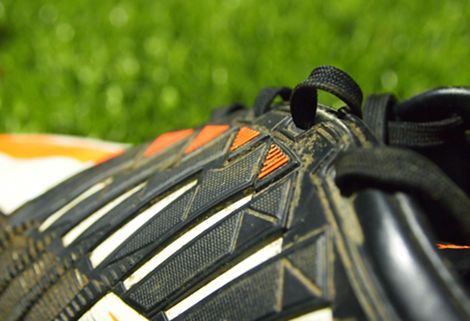 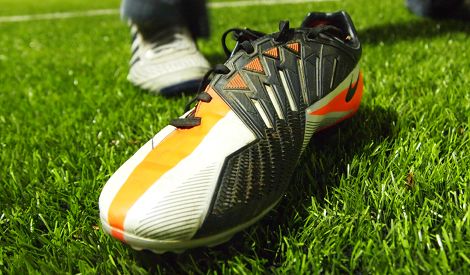 The new Laser feels solid, and combines the low weight that players demand at the moment, with some classic power/accuracy football boot sensibilities which are smartly integrated – much like adidas have done with the new Predator.

After fixing the Comfort and Fit issues of the Laser III (by cleverly using the CTR360’s last) the new Nike Laser IV are a difficult football boot not to recommend to the goal-grabber in your life – denied a perfect score only by the boost in price.