PES fans the world over are wetting their lips in anticipation of the latest piece of Downloadable Content (DLC) to hit their football game of choice, but we’re (as always) focusing on the new football boots it brings to the fore! 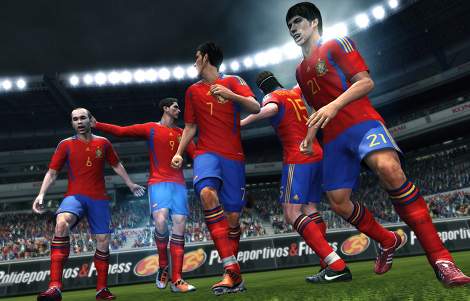 Whilst Konami’s official Press Release will tell you that the impending March 15th update will bring all teams up to date with the winter transfers, improved defender A.I for more consistent pressing and tweaks to the difficulty of the rainbow flick – but we want to give you a run down of the new football boots lined up for the your digital incarnation’s feet!

As of the March 15th update, the new football boots available will be:

As well as some swanky new football boots, the update also contains Spain’s new Home kit from adidas and Sweden’s sash-tacular new away kit from Umbro.

Again, whilst many here at Footy-Boots.com’s game of choice is FIFA, credit where credit’s due – Konami seems to have a great relationship with the major brands and can keep their game’s football boots and kits bang up to date!

Looking forward to the update? Any boots you’d like to see before the end of the season?

Written By
Kyle Elliot
More from Kyle Elliot
Was the Nike Superfly an idea ahead of its time? Or one...
Read More