First off,'  a very happy Christmas to all you Footy Boots fans out there. We take it that as you are currently reading this, you’ve had enough of the in-laws / grand parents / Uncle Charlie (delete as appropriate) already!

We’d love to know what you think of our choices, so in between the turkey, Xmas pud and mince pies, do drop us a line by commenting below.

Many people would probably argue that there were better incarnations of the Strike Zone series than the Rage – but I can honestly say these were the first boots where I experienced the oft-promised ‘glove-like fit’ from a pair of boots on the first wear. For anyone that never had the chance to try a pair of these boots – the Pro Rage sat slightly higher up to the ankles than most other boots, and were lined with – what one can only assume – clouds, dreams and pillows. 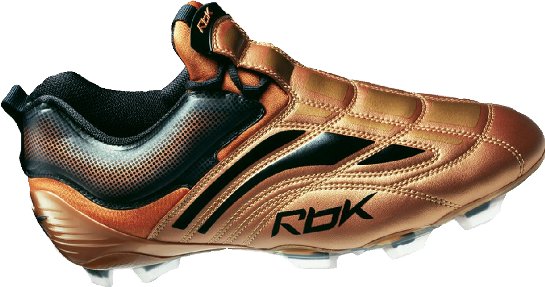 Well not really, but the point is the ankles were thick and supportive preventing any rolled ankles, and the forefoot had the bare minimum of laces on, for a sweet spot that was completely unsurpassed until the Lotto Zhero Gravity. Also this boot came at a prime time for Reebok, when Shevchenko was still in mercurial form for AC Milan and Giggs and Henry were battling it out in two highest place teams in the Premiership.

Not many brands can do classic cool like Mizuno; and no boot epitomises it quite like the Morelia Pro. Completely free of anything that might push the overhead up, the Morella Pro is a professional standard boot for every player. 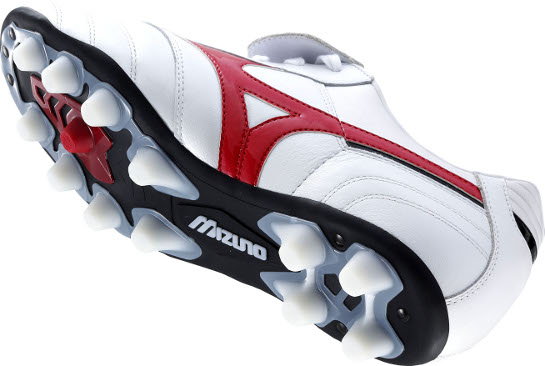 Available only in the classiest of colourways, the upper is, once again, a supple K-Leather with streamlined stitching running across the toes to help it bend when running. A well worn pair of Morelia’s are just as comfy as a pair of slippers – and that’s why they deserve to be in the top 20.

A little bit controversial. The first mass-produced boot to smash the £200 price barrier, a mass recall due to a “product integrity issue” and STILL not as light as the Puma V1.08 Ferrari.

But sometimes it’s more what the boot stands for – in these days of leaked photos and scanned suppliers catalogues it was fascinating to see that it didn’t detract from the hype surrounding the boot and everyone that considers themselves a fan of football boots was watching when they were debuted by Christiano Ronaldo and Ibrahimovic in the Champions League.

The Nomis Glove is a boot that had to beat a very high set of expectations. Anyone that read my review on the Nomis Spark would get an idea that I thought they were a fantastic boot, so it was going to take a huge effort from their bigger brother push them off their laurels. 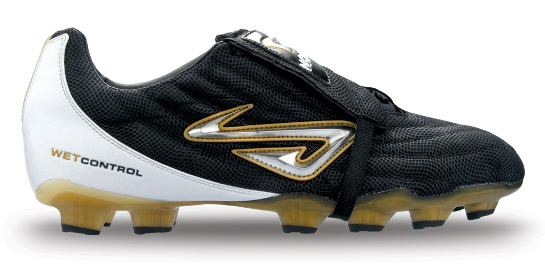 But The Glove went ahead and did just that – taking everything that I loved about the Spark (Sock-like fit, fold over tongue, Predator-style lacing system) and wrapped it in Wet Control Leather. Whilst many saw it as a gimmick the Wet Control tech is up there with the CTR360’s Memory Foam as an ‘why didn’t anyone think of this sooner?’ innovation.

After a turbulent few years of speculation about its financial well-being, PUMA roared out the gates in 2006 with the first of its premier ‘v1’ series. In a make-or-break move to prove they weren’t just a prefix to the ‘King’ name, PUMA went for something completely different: a canvas-uppered, side-offset lacing, carbon-fibre sole-plated speed machine. 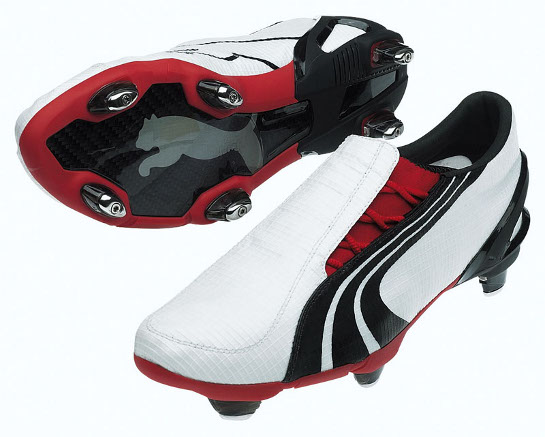 The following 12 months were a complete turnaround for the German giant, sponsoring 12 teams in the World cup (one of them being the winners, Italy) and a boot in their stable to compete with the likes of Nike’s Mercurial and adidas’ new F50 lines.

Numbers 10 – 6 in our festive countdown will be posted on Footy Boots on Tuesday 29th December.

Written By
Felipe
More from Felipe
Unfancied Reading add to the woes of Rafa Benitez by knocking his...
Read More