What’s the old adage? Successful teams win games even when they are not playing well.

Mind you, it does help if you get some assistance from the referee.

The above certainly describes Liverpool’s weekend and their 3 – 2 win over Wigan at Anfield.

Struggling to come to terms with Wigan’s urgency and hunger, they looked as if their fine start to the season could come a cropper. But then came the dismissal of Antonio Valencia for two bookable offences either side of which, our Footy Boots weekend star, Dirk Kuyt in his Adidas Predator Powerserve TRX football boots, propelled Liverpool to their win and second place in the Barclays Premier League, just behind Chelsea on goal difference.

It must have been a sweet game for Kuyt, so often the workhorse to the more celebrated Fernando Torres who was missing on Saturday due to the hamstring injury he picked up while playing for Spain against Belgium in midweek. 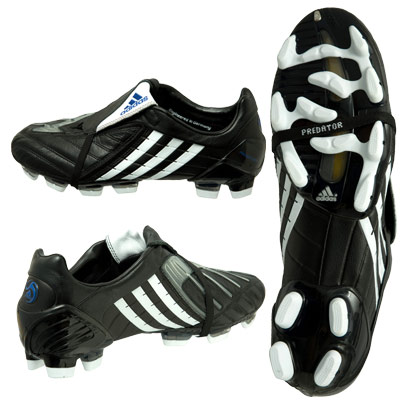 First Kuyt fired Liverpool level after Amr Zaki gave the visitors the lead and he was on hand again, 5 minutes from time, to scissor kick the winner following goals from Zaki again and Albert Riera which had the game all square at 2 – 2 as the final whistle approached.

Kuyt’s performance underlined just how much of a fortress Anfield has become. Since the start of the year, Liverpool have won 11 and drawn 3 at home and they go in to this week’s Champions League game away to Atletico Madrid on the back of 5 straight wins.

However, with Torres missing against his former club, Kuyt and his Adidas footwear will have to be on song once again if the Red’s are to bring all 3 points back from Spain.

Written By
Felipe
More from Felipe
Hot on the heels of their Rome football boot collection, Adidas unveil...
Read More