At the launch for the New Balance Visaro 2.0 football boot, we had a quick catch-up with Aaron Ramsey who spoke to us about the tools of his trade.

When you think of the players who wear the New Balance Visaro, Aaron Ramsey is usually the first player that springs to mind. New Balance started peppering the Premier League with their blackout prototype Visaro boots in 2014 and Aaron Ramsey was one of those players who were seen gracing the pitch in the original monochrome prototype, he’s been a mainstay in this boot ever since. 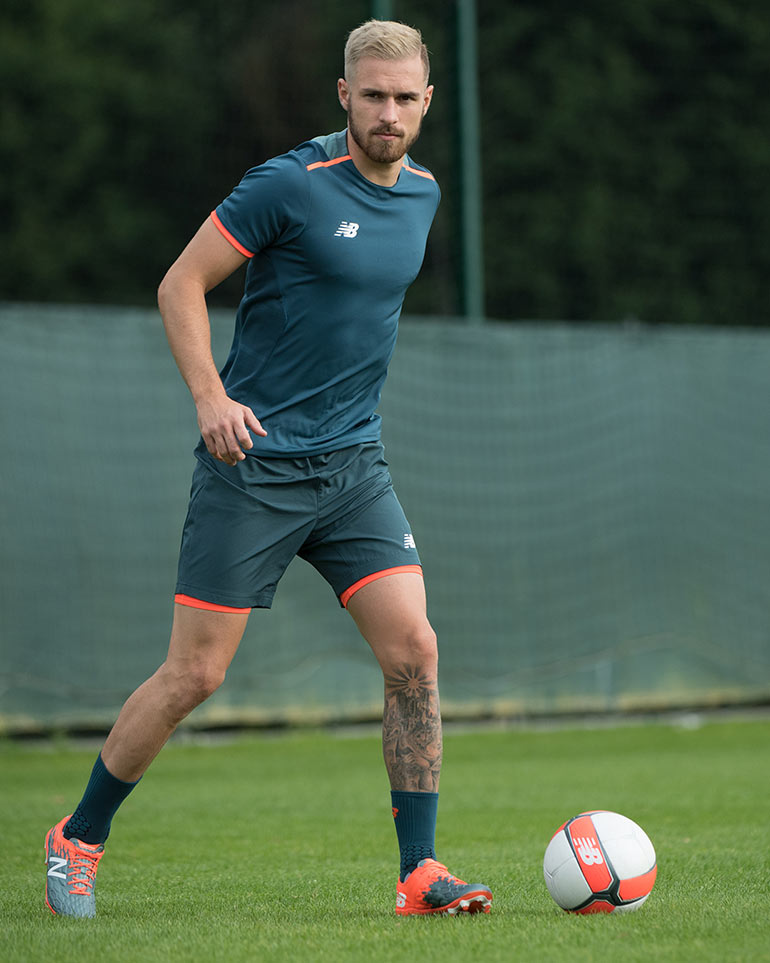 As someone who has worn the Visaro since its inception, Ramsey knows the boot inside out, so what stands out for him in the new Visaro 2.0?

The comfort of the boot. The new sole is different and I feel really comfortable in them. I also like the colourway, it’s pretty cool.

The original Visaro was comfortable, but NB have further developed the sole, the Visaro 2.0 has multi-directional stud placement, an engineered soleplate with lightweight chassis, and a FreshFoam midsole unit, which all contribute to outstanding dynamic maneuverability and enhanced comfort. 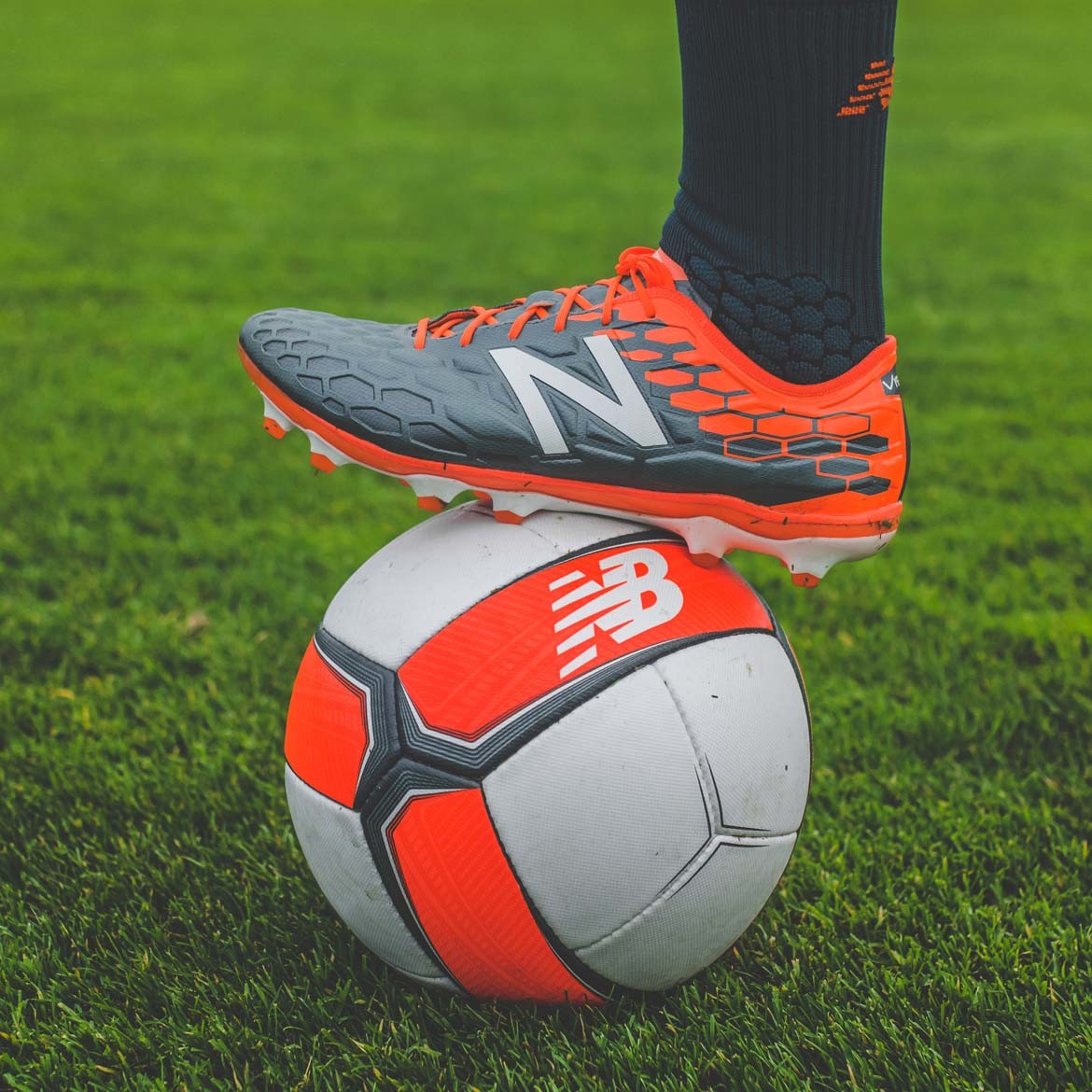 With all that comfort built in to the boot we wanted to know, does he need to break the boots in, or are they on his feet straight out of the box?

I can wear the Visaro’s straight out of the box, I can get them out and just play a game in them.

So as he wears a different boot for match days, how many games will one pair last?

Well that depends on whether there are any marks or scuffs on the boots, but I usually keep them on for about a month. The kitman looks after everyone’s boots and they do a good job. 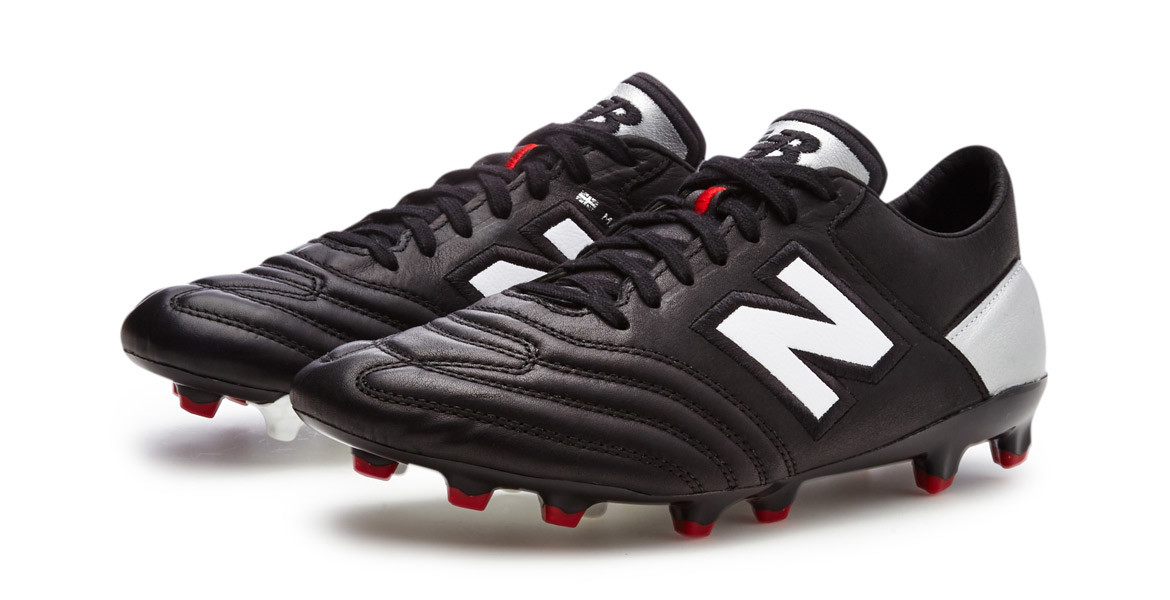 Aaron recently had a brief hiatus in the classic looking New Balance MiUK One, so what does he think of the bright colourway of the new Visaro 2.0?

I prefer the brighter colours but some of the darker ones, like the black MiUK Ones are very nice too, very classic. 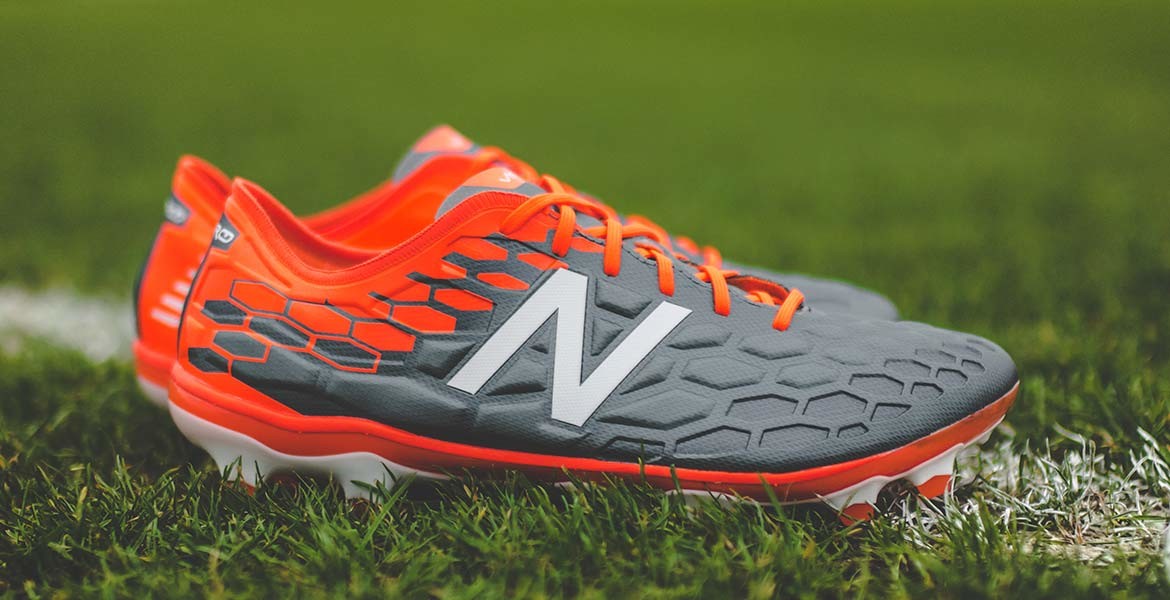 Many players have vast collections of souvenirs, often shirts and boots. Aaron is no different:

I kept my boots from the FA Cup Final, I’ve also kept some after I’ve scored a good goal. The boots I don’t keep I send off to charities, or sign them and give them to kids. They all go off somewhere.