It must be fantastic being a football boot brand executive.

One minute, you’re sitting in the office with your Jimmy Choo loafers resting on your fake mahogany topped desk, and then next, you take a phone call and find out that one of your leading lights has swapped a middle of the road club for one of the biggest teams in the world.

Not that Dimitar Berbatov’s Adidas agent wouldn’t have seen it coming. Though the £30 million bid from Manchester City probably caused him to choke on his cappuccino (extra skinny milk, no sugar).

Adidas must have been cracking open the bubbly the moment Berbatov’s transfer from Spurs to Manchester United was completed – even if it was 40 minutes after the official closing time?

No disrespect to Tottenham, but now Adidas have another player on the biggest European stage of all who can show off his skills and of course his football boots, and in Berbatov’s case, they are the Predator Power Swerves (recently voted as the most comfortable football boots of the year in the Footy-Boots.com Football Boot Awards 2008). Talk about win win for Adidas!

The same could be said of Robinho’s move from Real Madrid to Manchester City.

Sure, the two teams (at least for the moment ) don’t quite compare. One’s the best in the whole of Spain, the other’s not even the best in its own city, but Nike won’t mind that one little bit. Such is the draw of the Premier League to TV audiences around the world, Robinho’s Nike Vapor IV’s will get tons more exposure even though he’s moved away from the Bernabeu and won’t be playing Champions League football.

Back to Adidas and another of their charges who’s made a big money move, Roman Pavlyuchenko who’s swapped Spartak Moscow for Tottenham.

Surely the stage is set for the Russian superstar to make the same impact on the Premier League as he did in his Adidas F50.8’s at Euro 2008. 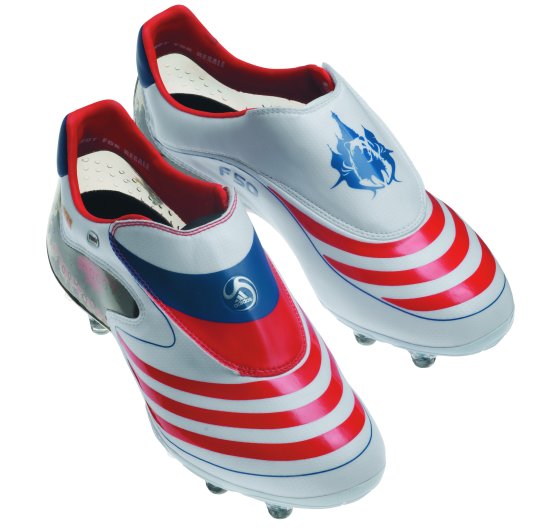 These are just three big boot moves which should give their respective brands even more exposure. If you think there are better value moves out there, tell us here.