Anyone that follows Golf, or Formula 1 will know that technology can make a huge difference to sport.

In golf, the game’s law makers have had to keep a close eye on technology to make sure advances do not ruin the game. Putters with wheels and drivers with trampoline like capabilities are amongst the technological innovations that have had to be banned.

Likewise in Formula 1, technology has had to be banned or limited due to complaints that tech, more than driver skill was determining the outcome of races.

So, when you consider our passion as football boots fans is to wait with baited breath to see what advantage manufacturers can give us, you have to wonder is the day coming when an organising body – like FIFA or UEFA – will step in and say:

No, that football boot offers too much of an advantage and takes away too much skill from the game’?

Take, for example, a football boot like the Concave PT+. Concave state that their football boots tested independently as increasing'  accuracy by 30% and power by 15%. 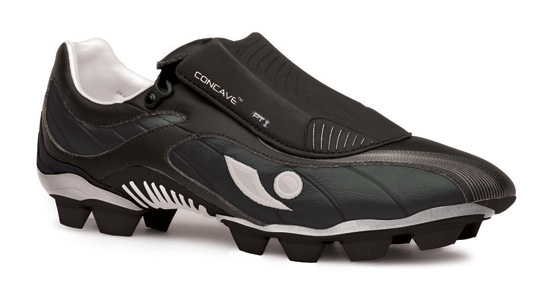 Translating this back into golf; Tiger Woods’ average drive is 295.7 yards – rounded up to 300 yards. If he were to use a ‘Concave style’ driver, that would increase his drive to 345 yards – which could be construed by golfing authorities as an unfair advantage.

Another football boot that uses technology to to give an advantage is the new Mizuno Wave Ignitus. Mizuno claim that their Mukaiten technology reduces ball spin to the point that it’ll completely throw the keeper off.

So, as well as having to deal with unpredictable ball flight from balls like the Jabulani and the Nike Ascente, keepers are now having to put up with the Predator_X increasing spin and the Wave Ignitus causing shots to fly all over the place! Is that a case of technology making things unfair?

What do you think would be the cut off point for technology going too far?

Do you think some football boots have already passed that threshold, and everyone should just play in Copa Mundials?!

Or, do you think it’s from an invention that’s yet to come? Like say:- Goalkeepers gloves that stick to the ball?

Weigh into the debate below, or just tell us your crazy ideas for the future of football boots below!

Written By
Felipe
More from Felipe
Portsmouth make it to the FA Cup final.
Read More