Residents of the UK could well be forgiven for thinking that they’ve been transported back in time. Just look at the evidence.

An extremely unpopular Labour government is in power, the Conservatives are on the rise, the Union’s aren’t happy about the power companies, the economy is on its backside, the Yanks have possession of the Ryder Cup, Great Britain has only got one half decent tennis player and The Two Ronnies, Open All Hours, Columbo and Last of the Summer Wine are still all on the box.

It’s a retro world in which we live. And so too with football boots.

Old School is back in a big way and while innovation continues to flourish in the football boot market, some old favourites are more than holding their own in the market place.

So, for old time’s sake, we’ve been listening to records by Queen and Roxy Music, dressing up in flares, though some in the Footy Boots office have never realised that they went out of fashion (yes Roger, you) and we’ve picked out our current top three old style boots.

Inspired by the iconic footwear Adidas made famous, the adiPure boot reflects a growing trend for a return to simple football values.

The boot is made from 100% K-leather which moulds to the shape of your feet, making it one of the most comfortable boots on the market and it incorporates many Adidas technologies as standard.

But it also meets the demands of many football fans who admire traditional football values, be that in boots, shirt design or even conduct on the field of play itself. 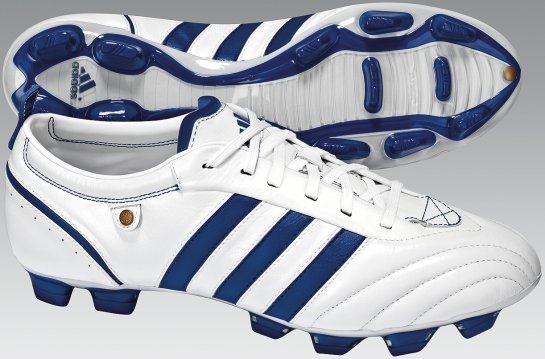 Chelsea and England’s Frank Lampard is a major fan and agreed with Footy Boots when he said: “adiPure to me is the finished article in football boots, clean, classic and does everything a modern day boot should do, while staying traditional to football values”.

You’ve got to hand it to Nike. Their decision to redesign their top makes in brown for Euro 2008 was a master stroke. And they don’t look half bad either.

OK, Cristiano Ronaldo didn’t wear them, preferring his green Mercurial’s, and Cesc Fabregas went back to his new style Tiempo’s but in the main, the Nike decision was hit.

The collection was inspired by the host countries of the 2008 European Championships (Austria & Switzerland) and the style of football boots seen on-field during the 1954 World Cup in Switzerland.

Each football boot has a different tonal laser graphic on the heel to represent the location of the'  tournament and it is also screened in the sockliner.

Celebrating it’s 40th birthday this year, it just wouldn’t be possible to put together a feature on retro football boots without including the Puma King XL.

Worn by legends such as Eusebio, who was instrumental and indeed the inspiration for its creation, Pele and Maradona, the boot was relaunched this year and boy, it looks great. 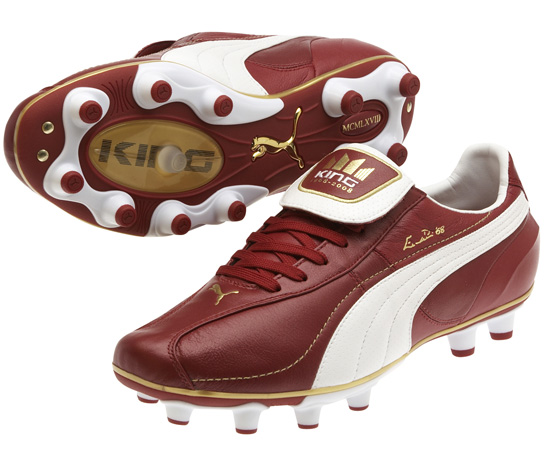 The upper is embossed with a leaping cat logo on the vamp and King logo on the lateral side – with the limited edition version featuring the “Eusebio 68” signature.

So, do you agree with our top three? Why not drop us a comment or an email.

Written By
Felipe
More from Felipe
Serie A Roundup by Allan Oliveira Matchday 27, round ending on 9th...
Read More