Football is currently in the process of fantastic contradiction. On one hand you have the traditional powers in English football saving the pennies as the recession hits hard. On the other you have the seemingly endless wealth of Manchester City.

Similarly in today’s world of cutting back and toning down, you have the Nike Berry and Citron Vapors. Inspite of the global credit crunch footballers are (obviously) yet to be affected and can afford the luxury of still showing their ability in the loudest possible boots, as manufacturers continue the current trend of bright and intriguing colourways. But what does the future hold for the design of football boots?

No doubt the design of boots will take a radical turn in the next five years as customizable boots hit our shops hard and the ability to change more than just studs and laces will come to the fore. The Nomis NXGEN Spark has already set the benchmark in today’s race for the most customizable boot aesthetically, but the masses want more! We want a change of uppers, heels and design! We want a mouldable boot around our foot! We want technology! 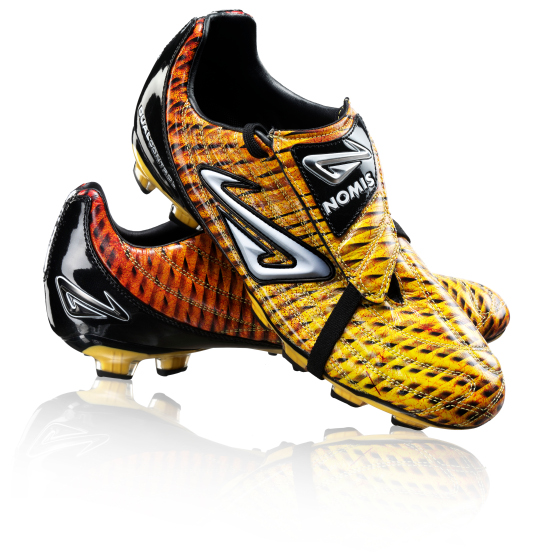 If the dreams of fully personalised designs materialise (and they will), one fact will remain constant against today; there will always be an idiot somewhere!

Take for example Niklas Bendtner, the striker with a penchant for missing the target but a real passion for playing in pink boots. The poor lad had to wait 23 years before Nike finally realised Pink (or Berry apparently!) is the way forward. Or not, as the subsequent lack of success demonstrated. As for Niklas, his work is done and dream fulfilled, all that remains now is the imminent decision to retire!

Fast forward ten years and a different kind of idiot will be gracing local parks on a Sunday morning near you. This one however far exceeds the Bendtner syndrome. Oh yes! As Adidas and Nike improve their personalised boot services, photos on boots will no doubt be a feature for footballers across the globe. Professional players will fill their boots with photos of their superstar, glamorous wives. As will amateur players, of their less than glamorous girlfriends. Be prepared for pictures of Stacey from Staines passed out on a beach in Benidorm proudly displayed on Dave’s boots in the Surrey Western District League!

Jokes aside, football boots will no doubt see a technological revolution in the next 10 years as customization reaches new heights. The F50 Tunit has given a glimpse into the future as players can alter their boot according to the weather and conditions. The next step is surely alterations according to the players mood, for example the colour of the boot on any given day, laces or not, red logo or blue logo and so on. 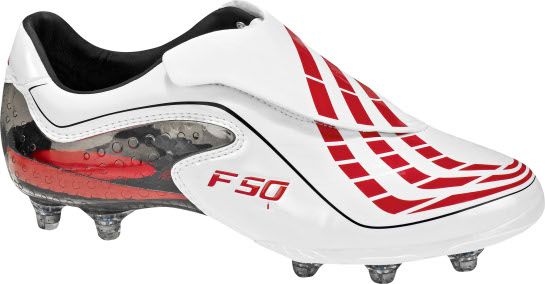 The football boot contradiction lies here; the technology to create such a boot has been readily available for years no doubt, however business stipulates this may lead to a fall in sales as people currently seek the latest boot. If the latest boot is the last one a player purchased, sales will inevitable drop over the course of a season. However one crucial factor rules above all else, demand. Demand is forcing manufacturers’ hands and the signs are that the custom revolution is beginning to take shape. Watch this space!

Written By
Felipe
More from Felipe
Three Manchester United players face spells out of the game after helping...
Read More