Given the stature of the Football Boot Awards and the interest generated amongst the professional football ranks, it was only right that Footy-Boots.com presented the winning awards to some of the biggest stars of international football.

Football boot brand Nike, who has recently been in talks to buy out Umbro, scooped both the Football Boot Brand of the Year, and the Football Boot of the Year with its Nike Total 90 Laser. The delighted duo of Manchester United and England striker Wayne Rooney and Nike UK Football Manager George Weber were on hand to collect the coveted award trophies. 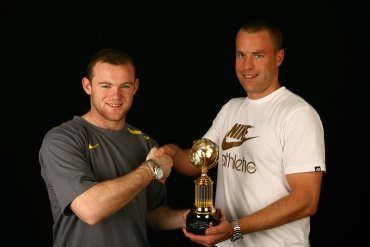 Weber commented: “Nike is delighted to be the first recipient of the Football Boot Brand of the Year Award. It’s always a good feeling when you win an award but especially when they are voted for by people as knowledgeable as the visitors to Footy-Boots.com.“ 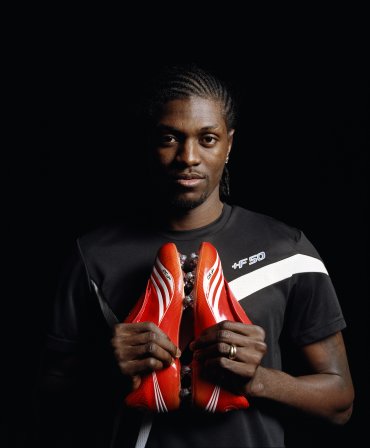 So we know who won the Football Boot Awards!but who won the amazing top prize of a signed pair of John Terry Umbro X Boot Destroyer’s and the runners up prize of a pair of football boots every season for the next five seasons!

Amongst the thousands of Footy-Boots.com visitors that voted, Jeremy Lee scooped the top prize with Nick Scott winning the runners up prize. Congratulations to both of you!

Thanks to everyone that voted and keep checking out Footy-Boots.com for updates on next year’s Football Boot Awards

To see the comprehensive list of results, check out where your favourite football boots ranked, and to see more images of the top footballers who collected the awards, click here to go to the 2007 Football Boot Awards site.

Written By
Felipe
More from Felipe
Greece, Germany, Mexico and Japan show off their new kits for 2010...
Read More