It’s that time again, as FIFA get ready to present their Puskas Award for best goal of the year. 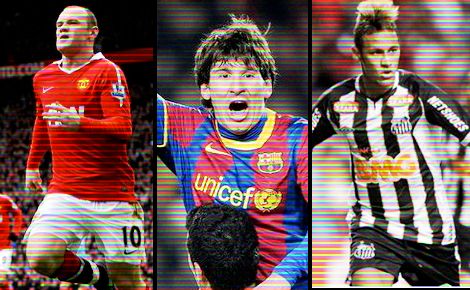 Named after legendary Hungarian attacker Ferenc PuskÄ‚Ë‡s, the FIFA Puskas award is simply given to the greatest goal scored in a calendar year.

And best of all, it’s voted for by the people who matter the most: the Fans. No backroom politics or stuffy committees muddying the waters on this one!

One of our favourite things about the' FIFA PuskÄ‚Ë‡s is that it levels the playing field for professional players all around the world; a great goal is a great goal, no matter where it was scored.

This year, however, it’s a clash of the titans as Leo Messi, Wayne Rooney and Neymar go head-to-head in the competition’s final three.

The winner will be presented their award during the Ballon d’Or gala on January 9th 2012, and you have to get your vote in on FIFA’s website before then to have a say in who wins!

If you’ve already done that, make sure you come back to here on Footy-Boots.com and tell us why you think your favourite goal deserves the FIFA Puskas award!

Written By
Kyle Elliot
More from Kyle Elliot
One of our favourite accessories makes a return with an upgraded design...
Read More