Last season we could barely get through a month without reporting that Konami had an all-new DLC (that’s Downloadable Content for you non-stick-twiddlers) pack for PES 2012.

Well, it seems the team at EA Sports are stepping up their game to match that of their old rivals this year as four new boots come to FIFA 13. 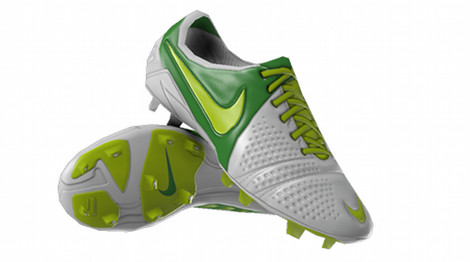 Barely six weeks after it’s end of September release date, EA Sports have opted it’s time to bring in some new footwear (and a new football) for use in their exceptional football simulation.

Heading to the EASFC Catalogue this month are new releases from adidas, Nike and Puma, helping add a new splash of authenticity to the virtual pitches of the smash-hit soccer sim. 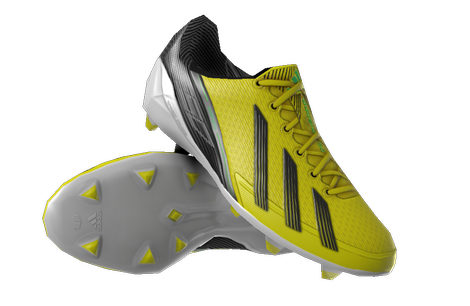 The headline addition comes in the form of the new adidas F50 adiZero in Vivid Yellow / Black / Green Zest. Given their on-pitch launch on the feet of Leo Messi (and Messi’s status as FIFA 13 cover star), it’s a smart move by adidas to have their latest F50’s featured in the game ahead of their December release. 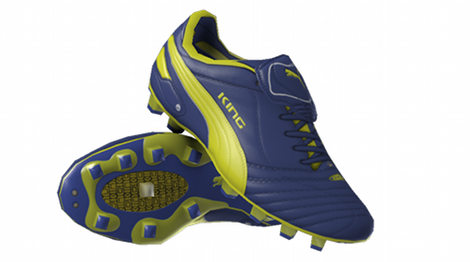 Puma also bring two of their current colourways to the fore; the Puma King Finale’s Blue / Dandelion Yellow hasn’t exactly lit up pitches in real life, but we’re sure it’ll prove a popular choice for Be A Pro mode. 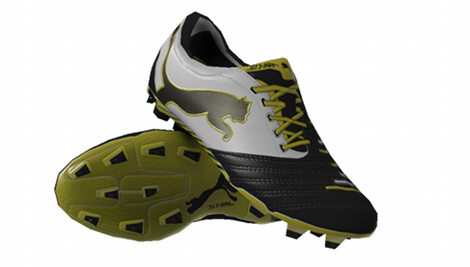 In contrast, the PowerCat 1.12’s Borussia Dortmund-inspired latest look has seen a great player uptake, and will now appear on the feet of Marco Reu, Cesc Fabregas & Co. on your console or PC. 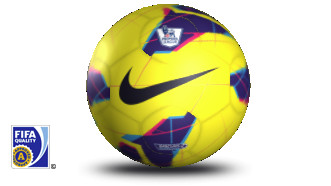 Nike’s ACC CTR360 III in White / Green / Volt has been a runaway favourite with Nike stars since their reveal last month, so it’s no surprise to see it get the nod for inclusion in this DLC. Nike have also cleverly put their Hi-Vis Maxim ball in the game too, for real authenticity in virtual matches.

Additionally, the November Catalogue update brings authentic kits for Botafago in the Brazilian league, as well as a dozen bug fixes and tweaks to career mode.

Which boots would you like to see added next?