It’s easy to forget something on your way out of the door to a high-profile game; a bottle of Lucozade, cash for your match fees, maybe even the wrong kind of boots. However, what if you brought the wrong shirt? 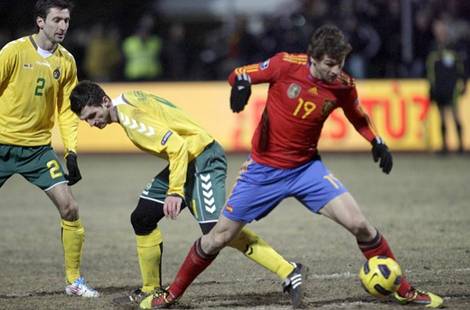 It seems as though that’s what happened to Spain’s Fernando Llorente this week when Spain took on Lithuania in a Euro 2012 qualifier.

Whilst the rest of his Spanish team-mates were wearing the recently released Spain Home shirt 2011-12, Athletic Bilbao striker Llorente decided he was was going to wear his World Cup shirt – which is identifiable by the lack of a gold star above the crest.

Whilst there’s no good shots of Fernando stacking up against his team mates, you can just about see one of the new shirts in the background of this shot, replete with blue under-arm areas. 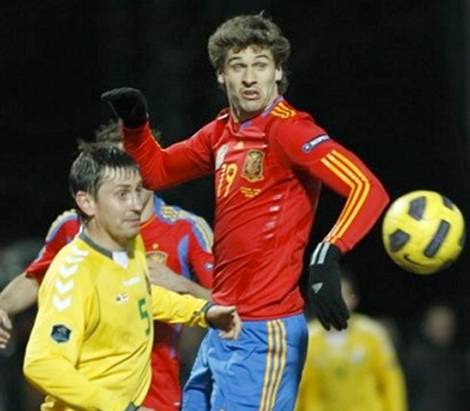 According to the UEFA kit regulations guide, there’s actually nothing that covers such a situation, so it would seem that Spain may escape reprimand for their substitutes bizarre choice of shirt.

Though there is a section on ‘Unforeseen Circumstances (Article 65.01)’ which would see them subjected to the mercy of the UEFA General Secretary Gianni Infantino.

We’re currently trying to reach UEFA for comment on this strange turn of events, but in the mean time; why do you think Llorente did this?

Is there any excuse for wearing the wrong kit?

Huge props to the eagle-eyed Hazrie Salleh for this spot!