Following on from our feature on Karim Benzema’s bespoke boots yesterday, Athletic Bilbao’s Fernando Llorente is the man in the spotlight today, as we look at his miadidas Predator LZ‘s.

Styled in White, Red & Black, the giant Spanish forward says he took inspiration from his three favourite colours associated with his beloved club, where he’s plied his trade for the last seven seasons. 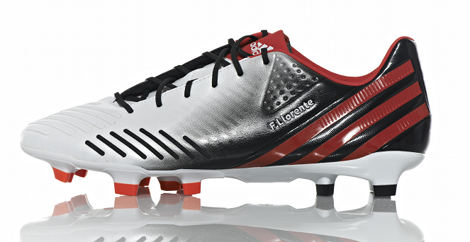 The 27 year old forward has already been on point for Bilbao this season, despite having been restricted to four' appearances' – a tally Llorente will be keen to add to in his custom Predator LZ‘s when his side take on Granada this weekend.

With a World Cup winner’s medal and a recent triumph at Euro 2012 to his name, it’s no surprise to see Llorente linked with a number of clubs in every transfer window – but as he’s demonstrated with his choice of boot colours, the man they call ‘El Rey LeÄ‚Ĺ‚n’ (The Lion King) is fiercely loyal to his Basque club. 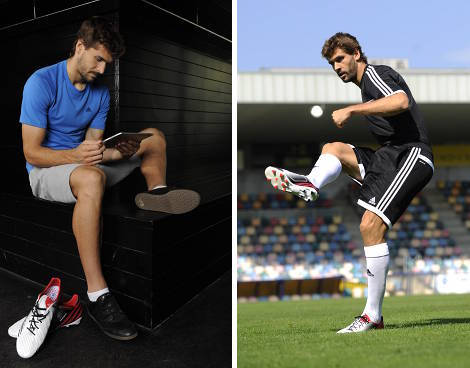 As well as being demonstrative of passion for his team, it also hasn’t escaped our notice that Llorente’s cleats are in the ‘traditional’ Predator livery of White, Black and Red – something we’re sure old-school boot fans will appreciate.

Some boots fans have taken some issue with the Predator LZ‘s ‘busy’ design, saying the five Lethal Zones don’t quite ‘mesh’ attractively – however, on Llorente’s miadidas model, only the Dribble and ‘Sweet Spot’ are picked out in black on the white upper – giving the boot a far ‘cleaner’ aesthetic.

Set to hit the pitch this weekend, Llorente is one of a handful of featured adidas stars who will be wearing boots of their own design in top-flight action. 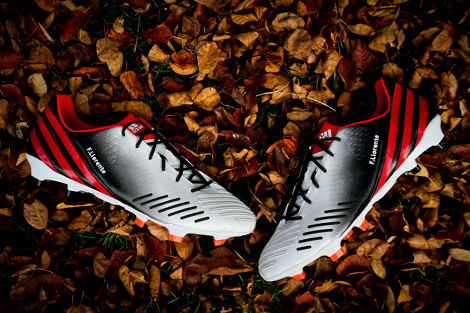 Built using the all-new miadidas configurator, each player’s boots will also be up for grabs on regional adidas Football Twitter accounts – so go get following if you want to win a truly one-of-a-kind prize!

Written By
Kyle Elliot
More from Kyle Elliot
The Flying Frenchman grabs the opener against Spurs, but it's not enough...
Read More