The greatest football show on earth kicks off in South Africa next June.

Thousand of British fans are expected to flock to the World Cup and as such, the Foreign and Commonwealth Office, along with former Tottenham and England defender Garry Mabbutt, has published its advice to anyone who will be travelling next summer.

A lot of it is common sense but there are number of points which are unique to South Africa. If you are going, it’s definitely worth a read.

You don’t need a visa to enter South Africa provided you don’t intend to stay longer than 90 days. Your passport must be valid for at least 30 days after you leave and you are advised to have two blank pages in your passport on arrival.

This handy checklist will help you on your way to planning your trip to South Africa.

Make sure you book your accommocation before you arrive – South Africa will be incredibly busy during the World Cup period and many guest houses are already full for the duration of the competition. 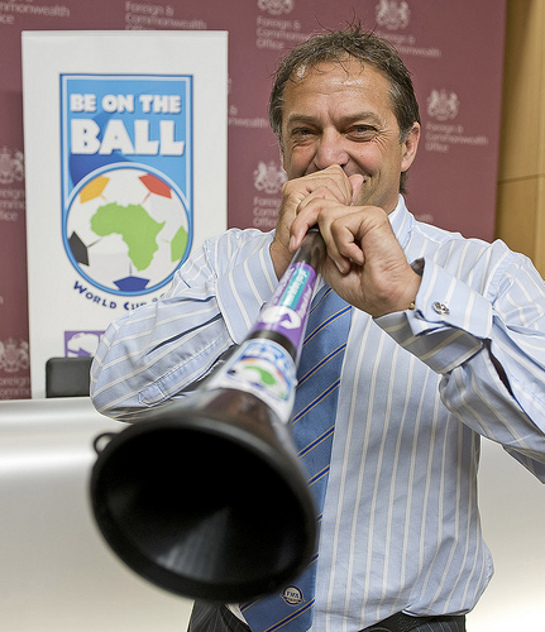 Remember it will be winter in South Africa and therefore it may be too cold to camp in some areas.

If you are thinking about hiring a car, ensure that you book early as there is a limited amount available. If you plan to use public transport then make sure you only use licensed taxis or official public transport.

Check the local rules of the road. For example, at four way intersections the car that arrives first has the right of way. More information can be found here.

Not having insurance could cost over £25,000 in medical bills and air evacuation so ensure you’re covered. With the high levels of crime it is also important to insure any possessions you take with you. 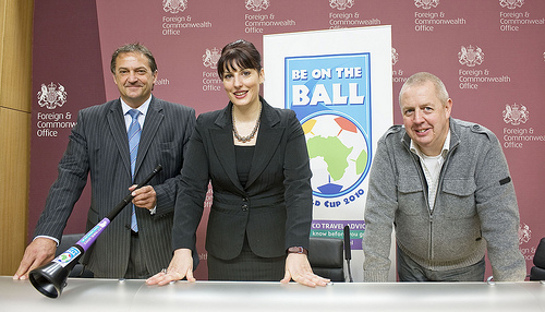 Fake tickets may be in circulation, so make sure any tickets that you buy are genuine by checking with the FIFA World Cup Ticketing Centre. Tickets are also ID specific, and you may be asked to produce photo ID to confirm the ticket is yours.

Check which vaccinations and medication you need before you travel at NaTHNaC.

There are different laws and policing in South Africa, there will be no tolerance of racist or xenophobic material, and fans deemed too intoxicated may be refused entry to the stadium.

Make sure you plan your journeys between stadiums carefully as they are spread far apart. The distance between Cape Town and Johannesburg is 880 miles, which is the same distance as London to Warsaw and would take 17 hours to drive!

A map has been created a map with info on each stadium – including distances to the next one in kilometres so you can start planning to follow England to victory! 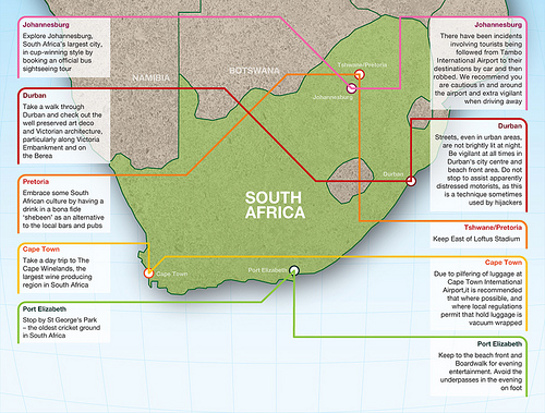 Arrive early at matches to avoid problems at the gate and missing the start of the game. Fans who appear inebriated may be refused entry to the stadium.

Written By
Felipe
More from Felipe
When is a substitute not a substitute? When he hasn't got his...
Read More