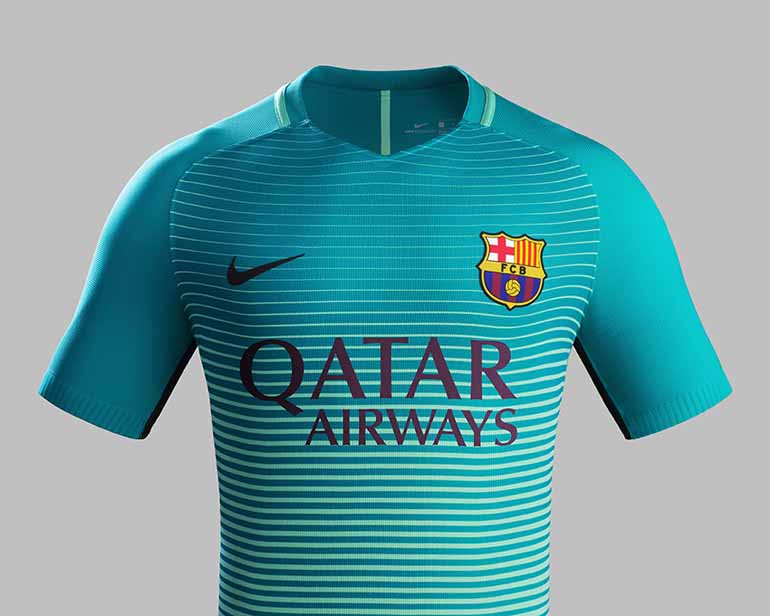 FC Barcelona will debut their new 3rd kit this evening, as they travel away in the Champions League to face Borussia Monchengladbach.

The kit incorporates a vibrant blend of green tones, with the shirt featuring contrasting horizontal lines against a glow green background, fading towards the hem.

The shirt’s modern v-neck collar incorporates a lighter green band with the club’s name on the back, while the sides of the kit have a black stripe that runs the length of the shirt and matching shorts. 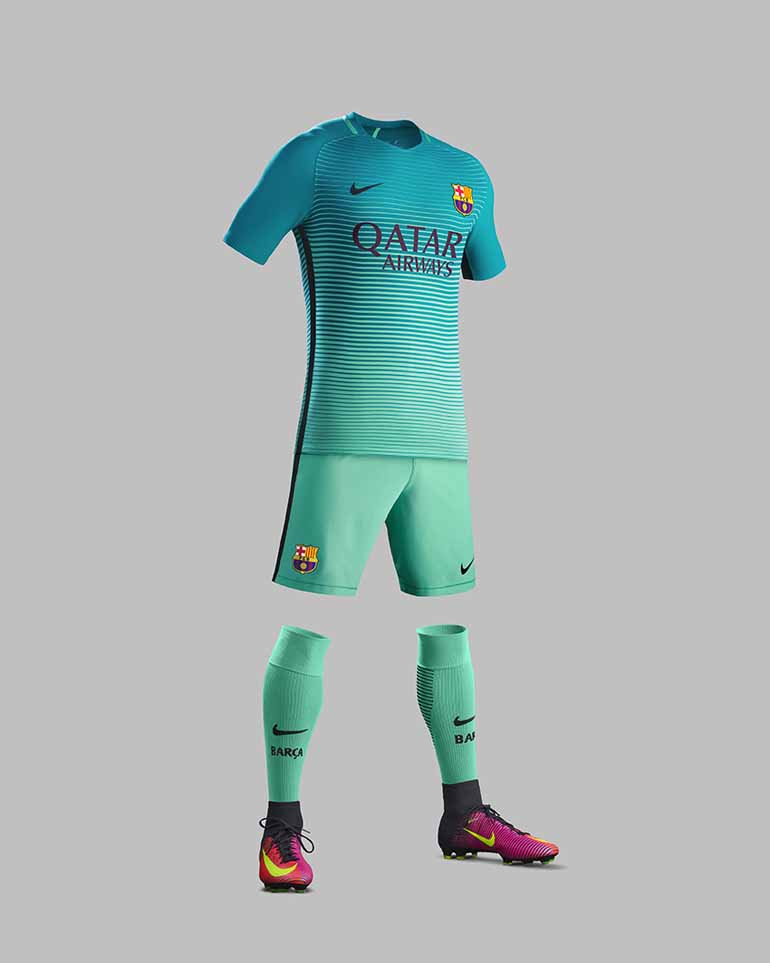 It is claimed the kit will give off a “vibrant glow” during night matches played under floodlights, while the font for the letters and numbers of players are inspired by the angles on Antoni Gaudi’s La Pedrera building in Barcelona.

Barcelona will be looking to make it two wins in two in this years Champions League. Their German opponents have kept just one clean sheet in their last seven group games, conceding 16 goals in the process. With Barca hitting 7 goals in their first game, it looks likely that there will be away goals scored. The Spanish champions will be missing Lionel Messi, but his absence gives a chance for Neymar and Luis Suarez to shine, something they have not been shy of when the Argentine has been injured. 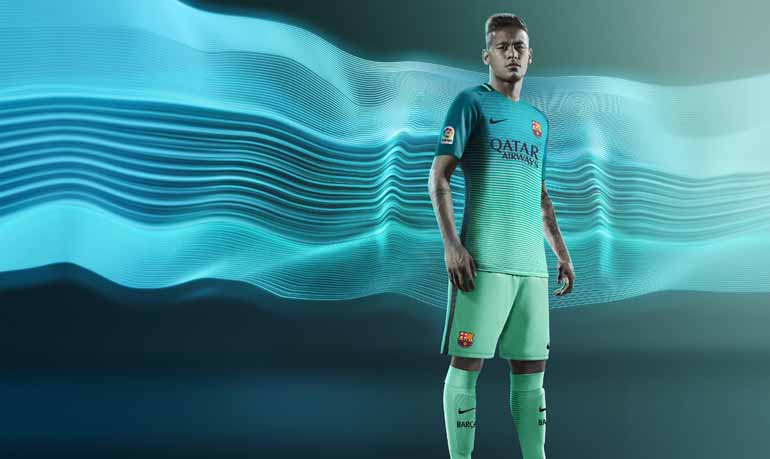 Availability: On sale from 1st November 2016